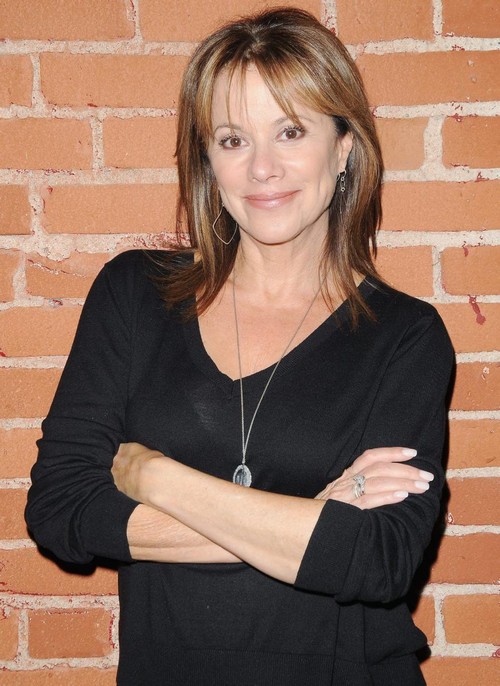 “General Hospital “spoilers are red hot right now, and it’s centered around an event that didn’t occur on GH. Nancy Lee Grahn, who portrays Alexis Cassadine, threw major shade at “How to get Away with Murder” superstar Viola Davis’ Emmy award acceptance speech. Nancy’s comments set the wheels in motion to ignite an age-old war revealing how racially divided the country is – no matter the attempts by media to keep it hidden.

On Sunday night, Viola Davis made history when she became the first black woman to win an Outstanding Lead Actress Emmy award. Her speech was beautiful and spoke to everyone – no matter creed, religion or color. In short, Viola said that in life, you cannot reach your goals in unless there is an opportunity or road to get there. Viola stated she was blessed for the opportunity, and she hoped that her win will pave the road for others.

Not everyone was pleased with her speech. In fact, “General Hospital” fan favorite, Nancy Lee Grahn tweeted, “I wished I loved Viola Davis’ speech. I feel like she should have had Shonda Rhimes write it.” Nancy went on to state that Viola Davis didn’t know what it was like to be discriminated against because she was an elite actress. Nancy’s comment ignited a ridiculous social media riot with ugly racial and racist overtones and statements.

Nancy felt that Viola’s message was important, but that the Emmy award ceremony was not the right place to speak of racial inequality. Viola Davis’ fans went on the offensive and were relentless in attacking Nancy. Her Twitter flaming lasted over 24 hours – until she finally was bullied into saying she was sorry for her comments, begging for forgiveness and repeating that she is NOT a racist but was misunderstood.

Nancy is active on social media, known for speaking her mind often. She has stated a few times that if you don’t agree with her, that’s fine, but she will continue to speak her mind – that was until now. The incident went beyond a social media battle, it got national media attention. In fact, the exchange received so much attention it looks like it COULD cost Nancy her job with “General Hospital!”

It was reported that sponsors of ABC have pulled their ads on the network due to the controversy. Nancy Lee Grahn’s comments and behavior are currently under investigation, and reports are that ABC put Grahn on a leave, effective immediately until they can figure out what exactly happened on Sunday night, according to an inside ABC source.

There is not a clear, right or wrong on this issue by any means – it is a grey area. Most people can see both sides of the argument. One thing is clear, most soap fans feel strongly that Nancy Lee Grahn does not deserve to lose her GH job over those comments made on social media.

What do you think about the exchange? Do you think Nancy should lose her job – where he comments racist? Do you think her apology should be enough or was her apology a big mistake – does apologizing mean that Nancy admits she did something wrong? CDL reached out to Nancy to ask if she is in fact suspended from General Hospital – so far no word back – we will update this post with Nancy’s response. Don’t forget to come back to read more juicy “General Hospital” spoilers, rumors, and updates!

Update: Ryan Paevey stated on Periscope today, Sept. 23, that Nancy was filming today and that she said stuff she shouldn’t have but ABC doesn’t care – that’s life being an actress. So it looks like we won’t lose our Alexis! Good thing!