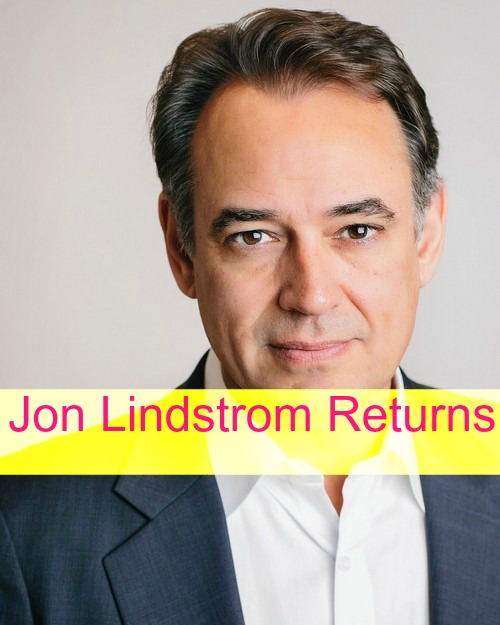 “General Hospital” spoilers are in, and it looks like Morgan (Bryan Craig) will finally get the mental health treatment he needs. SID reported on Wednesday, Jon Lindstrom would reprise his role of Dr. Collins on GH next week, October 19 – 23.

Morgan’s mental health status was put on a back burner while the Corthinos family fought for Sonny’s (Maurice Benard) life. It looks like he is improving, so Carly (Laura Wright) thought it would be the perfect time to bring in a professional to help Morgan.

Morgan has been spiraling out of control for quite some time. He arrived at his father’s home right before Sonny took off to play the hero to T.J. (Tequan Richmond), drunk, mentally unstable, and just a total mess. He was a blubbering mess mumbling something about Kiki (Hayley Erin) dumping him after she learned that he was sleeping with her mother, Ava (Maura West).

Sonny tried to calm him down by telling him he understands what it feels like to feel out of control, and urged him to consider seeing a doctor. At first, Morgan was not on board; he didn’t feel like he was out of control. Sonny told him that is exactly why he needs treatment because he doesn’t see an issue with his horrible behavior. Morgan agreed to see a doctor, but they agreed the wedding would be all about Carly – and making her happy.

After Sonny was shot, Morgan became filled with anger. His immediate reaction was to confront Julian (William DeVry), and his cronies, after all they HAD to be responsible for the incident. Later, it was revealed that Julian was innocent, but after Morgan held him at gunpoint and threatened to kill him like he tried to do to his dad. It hasn’t been revealed on the show yet, Paul Hornsby (Richard Burgi) was the one who ordered Sonny to be shot on that terrible day.

Morgan seemed to improve a little over the next few weeks. He was composed and was there for his family. The Corthinos faced another setback when Ava received full custody of Sonny’s daughter, Avery. They had to hand over the infant to the Jerome mob boss – there was nothing they could do to fight it, at least until Sonny regained some strength.

Morgan became unhinged at the thought of his sister in the care of Ava – a person who had brought him so much emotional stress in the past year. He tried to help his father by making a plea to Ava. He told her if she returned his sister to Sonny and Carly, he’d come back to her romantically. She turned him down- of course. She told him that as much as she longs for his affection again, she NEEDS her daughter in her life. When Carly learned of his proposal to Ava, she became worried about her son’s mental stability – again.

Next week, Dr. Collins returns to treat Morgan for his mentally instability. He will give his family answers once and for all- determining if he inherited Sonny’s bipolar disorder Will Morgan finally receive a diagnosis for bipolar disorder, leading to an effective (and realistic) treatment of the disease? Don’t forget to come back for more juicy “General Hospital” spoilers, news, and updates!