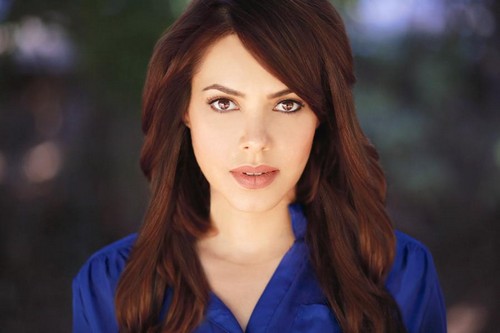 We’ll finally get some traction on key storylines this week – here are some “General Hospital” spoilers for the Monday, June 22 episode. Luke Spencer (Anthony Geary) and Laura Spencer (Genie Francis) are hunting for kidnapped kiddo Lucky Spencer (Jonathon Jackson) and are up in Canada at the Triple L diner. The kidnapper called, but instead of Lucky, a woman shows up with an armed guard. It’s a blast from Luke’s past! It’s Holly Sutton (Emma Samms) and she may reveal that Ethan Lovett (Nathan Parsons) is also missing which would mean she’s only part of the kidnapping plot. Maybe it’s Helena Cassadine (Constance Towers) who’s ultimately the villain here.

And speaking of evil Cassadines, Nikolas Cassadine (Tyler Christopher) is enjoying a cocktail at the MetroCourt when Sam Morgan (Kelly Monaco) shows up to confront him about his takeover antics with ELQ. Will Prince Nik play it cool and lie, lie, lie? Or perhaps Nik will dangle some hints about Jason being alive to distract her. The other option is that Nik just throws his cards on the table, tells her he’s trying to take over ELQ and dare her to try and do a damned thing to stop him. That’s the winner. Nik is ready to stop hiding in the shadows and openly embrace his dark side.

That’s not the only dirty secret in Port Charles, though. Valerie Spencer (Brytni Sarpi) was headed over to check on Lulu Spencer (Emme Rylan) and reassure her that she’s not hankering for Dante Falconeri (Dominic Zamprogna). But then Valerie saw Lulu hugging on Dillon Quartermaine (Robert Palmer Watkins) and heard them talking about keeping secrets from Dante. Will Valerie keep their secret or run to Dante and spill the beans? It’s the latter. Valerie will tattle on Lulu’s duplicity and she and Dante will grow closer.

Then Tracy Quartermaine (Jane Elliot) will tell Sabrina Santiago (Teresa Castillo) that Dillon may be the only reason they get to keep ELQ. But remember, Nik only needs a half-percent more to make his big move. Michael Quartermaine (Chad Duell) and Jake Doe (Billy Miller) have called in Dante to intimidate Rosalie Martinez (Linda Elena Tovar) into giving up her boss or else be arrested for corporate spying. Let’s be real – Rosalie will cave and who can blame her?

But still, she’s got that big secret. “General Hospital” spoilers indicate it will come out that she’s a Cassadine. But if Rosalie is a Cassadine, would Nik be treating her so poorly? More likely she’s someone else’s illegitimate child. She can’t be Nina Clay’s (Michelle Stafford) baby born in the coma – even though she’s the right age – because Nina knows the secret and so that’s out. But once Nikolas knows Rosalie told on him, he will turn on her most heinously. Will this cause Rosalie to reveal even more Cassadine dirty laundry? Someone needs to take Nik down a notch (or three).

Don’t miss Monday’s big episode where many truths are revealed – then head back to CDL for tons more “General Hospital” spoilers and gossip!