General Hospital Spoilers: Rosalie’s Identity as a Cassadine Exposed – Nikolas Knew All Along? 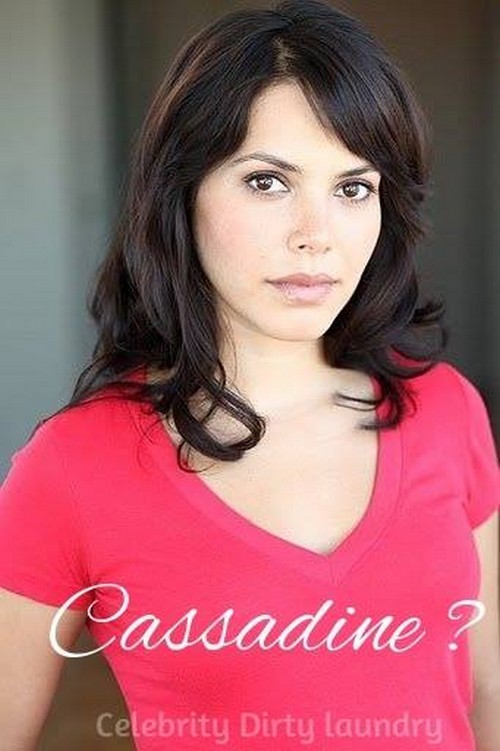 General Hospital spoilers indicate that a big surprise is in store for GH fans and Port Charles residents alike! Rosalie Martinez [ Linda Tovar] blew into Port Charles June 2014, and all we knew of her was that she was Nina Clay’s [ Michelle Stafford] nurse from Crichton Clinic. Rosalie was the only person on GH who knew that Nina was faking her paralysis. Rosalie’s character has always seemed to be on the sneaky, greedy side. Rewind to Crichton Clinic where Rosalie ‘coincidentally’ worked at the same facility where most of the “dead” Cassadines were being held in their freezers and where Victor [Thaao Penghilis] Cassadine took Robin Scorpio Drake [Kimberly McCullogh] to bring the evil Cassadines back to life?

Was it a coincidence that Rosalie is working in the same environment as Victor Cassadine? We cannot put anything past the Cassadines… and if Nina Clay knows the “secret” is it because Rosalie confided in her because they were all in the same facility? As of late Rosalie’s actions are leaning towards her being a Cassadine as reported in our previous CDL article. Helena Cassadine [Constance Towers] ordered Dr. Liesel Obrecht [Kathleen Gati] to dispose of a Cassadine baby girl 20 years ago but as previously reported Dr O told her daughter Britta [Kelly Thiebaud] she could not bring herself to eliminate the child and instead found the infant a home. Dr O feared what Helena would do to her if she ever found out.

There was also a baby girl born to Stefan Cassadine [Stephen Nichols] and Katherine Bell [Mary Beth Evans] 20 years ago, Helena hated Katherine and helped in her untimely demise. Stefan and Katherine’s infant daughter’s name was Kailey – is this the Kailey Cassadine that TPTB promised would be making a return 2 years ago? Let’s fast forward to 2015 when Rosalie is thick as a thieves with Nikolas Cassadine [Tyler Christopher]. Is this a coincidence? No way! Does Nikolas know who he is working with? Any way we cut it, it is his cousin, whether it be the daughter of Stefan or the illegitimate baby conceived by a Cassadine male that Helena wanted gone, Rosalie is Nikolas’ cousin. While Nik might not know who his cousin Rosalie really is yet, she does!

Rumors say Rosalie’s dirty deeds and true identity will be exposed soon. Sam [Kelly Monaco] who was hired by Sabrina [Teresa Castillo] to investigate Rosalie, Jake [ Billy Miller] who is now the new security of ELQ and Sabrina Santiago Michael Q’s girlfriend/nanny are all hot on the trail of her lying ways. Sabrina caught Rosalie listening in on a private conversation between Michael and Jake and vowed to expose her! Sam has caught her in a huge lie – Rosalie was suppose to approach Nina for Michael [ Chad Duell] to buy the ELQ shares that she and Franco [Roger Howarth] acquired. However she did approach Nina and she did buy them from her but not for Michael, she bought them for Nikolas Cassadine! Jake/Jason has already caught on to the fact that she is not loyal and Sam had a date with Nina to find out whether Nina really sold the stock to Rosalie or was Rosalie lying. Sam decided Rosalie was lying but needs to know why?

Which sleuth do you think will expose Rosalie for the lying, scheming, missing Cassadine heir that she really is? Rosalie has been keeping a huge secret for over a year. When the truth comes out Rosalie will have a ready made huge family BUT who will embrace her besides Nikolas? Stay tuned to ABC’s General Hospital things are heating up for the summer! Who do you think will expose Rosalie first: Jake, Sam or Sabrina? We love to hear from you please leave your thoughts and comments in the CDL comments below! And return to CDL often for all your General Hospital spoilers, rumors and news!