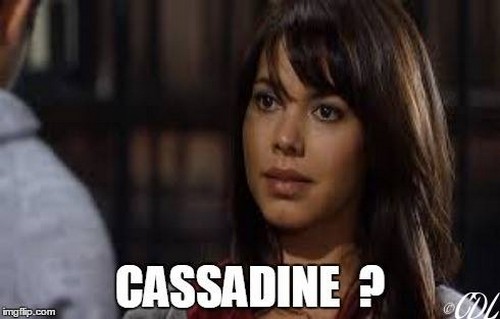 “General Hospital” spoilers and rumors are swirling around Rosalie Martinez (Linda Elena Tovar) whose character is enjoying a resurgence tied to the Michael Quartermaine (Chad Duell) and ELQ takeover story line. At a glance, Rosalie appears to be just a capable secretary working for ELQ CEO Michael, but, in fact, she’s much more than that – she’s Nikolas Cassadine’s (Tyler Christopher) spy who’s stealing ELQ files and data to help Prince Nik pull a corporate raid on the Q’s family business.

Rosalie has mentioned that she’s doing the spying under duress since Helena Cassadine (Constance Towers) has something she’s blackmailing Rosalie with, but once all the truth comes out, Rosalie may do the Cassadine dirty work for free. Here’s where it gets interesting. Dr Liesl Obrecht (Kathleen Gati) confessed to her daughter Britta (Kelly Thiebaud) that she rescued a baby that Helena wanted her to throw out like yesterday’s leftovers. Rumors are swirling that the baby girl is a Cassadine.

A couple of years ago, GH held some casting calls for Kailey Cassadine, but then the part was never cast or aired. Kailey is rumored to be the child of Katherine Bell (Mary Beth Evans) and a Cassadine, possibly Stefan Cassadine (Stephen Nichols). Kailey was mentioned in a conversation between Obrecht and Brad Cooper (Parry Shen) a couple of years ago then nothing after that. So if Rosalie is Kailey, which Cassadine is her father?

Is it the yet unseen (and oh-so-evil) Valentin Cassadine? Perhaps Obrecht couldn’t unload baby Rosalie/Kailey because she’s the sibling of Dr O’s son Nathan West (Ryan Paevey)? With Helena winding down a bit and Nikolas being a kinder gentler Cassadine, Port Charles needs an uber-villain worthy of the Cassadine name. What happened to the lineage that almost blew PC off the map with a weather machine?

Helena has gone to great lengths to keep Kailey a secret. A few years ago, we saw that Helena had a document secreted away behind a picture at Wyndemere – it was a birth certificate. Could it have been Kailey’s and held the truth of her parentage? Helena thinks she’s rid of this illegitimate Cassadine, but little does she know that Obrecht did not throw out the baby with the bath water.

Was little Kailey taken to an orphanage by Olbrecht 20 years ago then adopted and raised as Rosalie Martinez? If Valentin sired Kailey, that would explain why Helena was so eager to dispose of the bambino – he’s her worst enemy and the one man on the face of this earth that she truly fears. If someone leaves Helena quaking in her Louboutins, maybe all of Port Charles should be scared.

If, in fact, Kailey/Rosalie is a Cassadine and Katherine Bell’s daughter, the royal clan may have more in her than they bargained for – here’s why. Stefan shot Katherine, then she was rendered infertile after a fall from a Wyndemere parapet and then was pushed off the parapet again and killed for real by Helena. Would she embrace the Cassadine and work with them if she knew the truth or go after them with a vengeance?

If it turns out Rosalie is Kailey, she’s got a roster or relatives at the ready. She’d have a brother in Nathan, cousin in Prince Nikolas, an Auntie Alexis Davis (Nancy Lee Grahn), other cousins Molly Lansing-Davis (Haley Pullos), Sam Morgan (Kelly Monaco) and Kristina Corinthos-Davis (Lexi Ainsworth). General Hospital writers seem to like to bring in characters that are seeming strangers only to find them related to one of the major families around town.

No doubt it will be weeks (if not months) before the entire Rosalie saga unravels since there are so many juicy plots unfolding on “General Hospital” right now, but we’ll know soon enough exactly what Helena is holding over her head, whether or not she falls back into Michael’s bed to cover up her corporate espionage and if she’s the bundle of trouble that Dr O spared two decades ago. Fingers crossed that she embraces her evil heritage. Come back to CDL for more General Hospital spoilers, news, and updates.