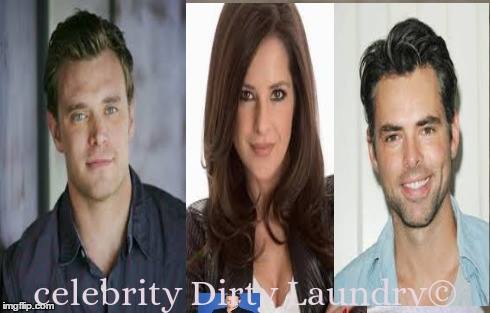 “General Hospital” spoilers and rumors tease some exciting storylines in the works this Spring, and the ABC soap wouldn’t be complete without some messy pregnancies, DNA switches, and “Who’s Your Daddy” twists and turns. Ava Jerome’s daughter Avery’s birth and Olivia Falconeri’s baby bump are just a few of the exciting pregnancies right now. According to some of the “General Hospital” spoilers and rumors floating around the internet, here’s what fans of the ABC soap can expect to see in upcoming storylines:

Gangster Villainess Ava Jerome just had a baby girl named Avery, and rumor has it there is a major plot twist coming up. Ava didn’t know if the baby was her boy toy lover Morgan Corinthos (Bryan Craig) or Morgan’s father mob boss Sonny Corinthos (Maurice Benard). “General Hospital” fans spent a whole year watching Sonny try to keep Ava hostage until she delivered the baby, his plan was to kill her when she gave birth in retaliation for Ava murdering his fiance in cold blood. Ava gave birth, and Carly got the DNA tested. The DNA results were done by Dr. Silas Clay (Michael Easton), and Carly thanked him for having them “expedited.” But, what did Carly really have him do? Was she trying to protect her son Morgan from being connected to cradle robber Ava by changing the DNA results making Sonny the father?

Another popular “General Hospital” rumor making its rounds right now, hints that Sam Morgan could be the next Port Charles leading lady to find out that she is pregnant. Since Jason Morgan, aka Jake (Billy Miller) arrived in town – his wife Sam (Kelly Monaco) has been involved with Dr. Patrick Drake, the ex husband of Robin Scorpio Drake (Kimberly Mc Cullogh). If we are following true General Hospital tradition and JaSam has that loving, romantic reunion soap fans have been waiting for – rumor has it there will be a major twist when Sam winds up pregnant and will not know who the father is. Do you think she will wind up pregnant with Jason’s baby or Patrick’s baby?

“General Hospital” spoilers have been teasing for a while now that Helena Cassadine implanted Robin with Lulu and Stavro’s embryo, although it hasn’t come to fruition yet. When Robin comes back at the end of summer will she be pregnant or will there already be a baby in tow? If she already had the baby then the question will be who’s baby is it? GH writers will most likely milk this story for at least a year. The Rocco (Lulu and Dante’s son) story line was a total of 2 years.

“General Hospital” spoilers also recently confirmed that Olivia Falconari has a bun in the oven, and she is lying about who the real daddy is. Olivia has been pining over Ned Ashton for the past year. Olivia and Ned became the best of friends, and Ned always being the gentleman and never taking advantage of her weakened drunk state. Ned however got back together with his ex Alexis, Olivia was crushed yet again. Olivia was drinking again on New Years Eve and she saw Ned and Alexis at the NYE party and she ran right into Julian Jerome ‘s arms, a man she despises! Julian was upset seeing his lady love with Ned, so Olivia and Julian took their common misery to his room. The next day Olivia regretted it. Olivia learned she was pregnant with Julian’s baby, and her knight n shining armor Ned stepped up and claimed the child as his own. GH fans will most likely spend the next year watching Julian tryng to prove that the baby is his.

Which “General Hospital” baby storyline do you want to see the most? Will Sam and Jason have another baby together or will Patrick throw a wrench in that happy family? Is Sonny really Avery’s daddy or is it his son Morgans? It looks like General Hospital will be keeping us busy with babies for years to come. Let us know what you think in the comments below and don’t forget to check CDL tomorrow for more “General Hospital” spoilers and news.