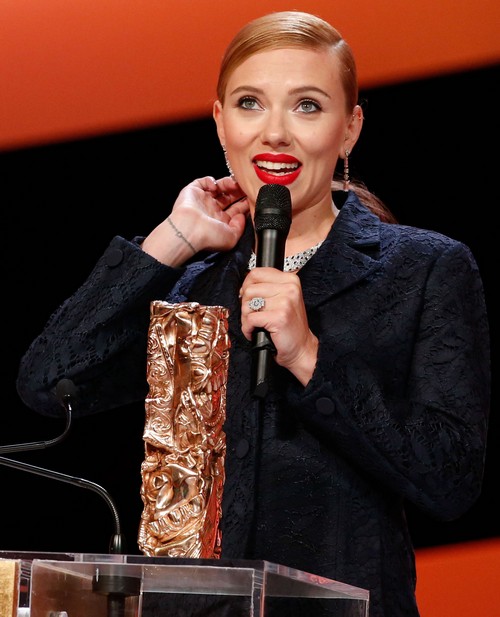 Amal Alamuddin is sick and tired of George Clooney flirting with Scarlett Johansson and is ready to divorce her husband according to a new report. It’s been five months since George Clooney and Amal Alamuddin got married, but those five months are nothing compared to the lifetime they have agreed to spend together. George Clooney, notorious bachelor, lothario, and flirt, has agreed to actually settle down with one woman and stay married to her for the rest of his life… or has he?

There are men that like to have their cake and eat it, too – and George Clooney might turn out to be one of those men. A new report from the National Enquirer claims that George and his co-star on ‘Hail, Caesar!’, Scarlett Johansson, have been flirting too much for Amal’s liking. Apparently, George ditched Amal on her February 3rd birthday to go spend the day with Scarlett Johansson, with the Enquirer’s sources adding, “Amal and George had a huge screaming match over that. She ignored all of his calls and texts, and wouldn’t talk to him for days. Amal warned George that she won’t tolerate being disrespected like that. While Amal is an accomplished international lawyer, she’s no movie star – and someone as gorgeous as Scarlett gets under Amal’s skin. George says there’s nothing more than a movie friendship on the set, but Amal’s seeing red!”

Well, Amal Alamuddin is gorgeous and accomplished and intelligent, but being around Hollywood movie stars all the time will eat at anyone’s self-confidence. Plus, that combined with George Clooney’s past reputation as a lady killer probably has Amal more insecure than ever, and one can’t blame her for ‘seeing red’. The question is, will the two divorce over this or will they try to work through Amal’s jealousy issues? I mean, a divorce after only five months is unlikely, but you never know in these situations – especially with Hollywood stars.