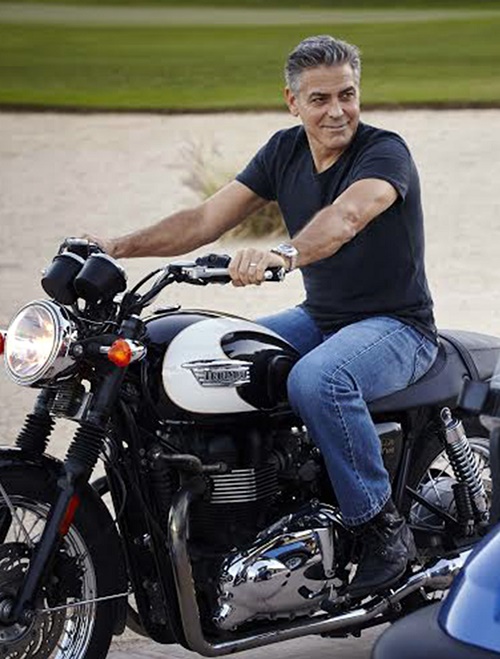 George Clooney is fed up with his marriage to Amal Alamuddin, and he wants a divorce before she completely ruins his chances of following his dreams and becoming a politician. It’s no secret that George Clooney wanted to retire from acting and run for office, and possibly even some day put in a bid for Presidency. When George married the high-profile human rights attorney in September 2014, the couple was supposed to be a force to be reckoned with, and Amal was going to use her connections to help George get into politics. But that isn’t exactly panning out the way George had anticipated.

The National Enquirer’s inside source reveals, “George thought that Amal would help him fulfill his dream of running for office, and maybe one day for president. Instead of being like Bill and Hilary Clinton, they have become a trashy celebrity couple like Kim and Kanye!” He put a ring on Amal’s finger and she morphed from a human rights attorney with political aspirations to a red carpet darling with her own stylist.

Not only has Amal squashed George’s dreams of becoming a politician, but she isn’t exactly helping his acting career either. His current film, Tommorowland, is turning out to be a resounding flop and George blames Amal. He has a plan though. He is currently remodeling their London mansion, and he is going to move his wife into the luxurious house when it is complete, and then, according to National Enquirer, “hightail it back to America to rebuild his image!”

Do you think that Amal Alamuddin is really damaging George’s career and killing his political dreams? Will divorcing the attorney save his image, or has the damage already been done? Do you think George and Amal will make it to their one year anniversary without filing for divorce? Let us know what you think in the comments below!