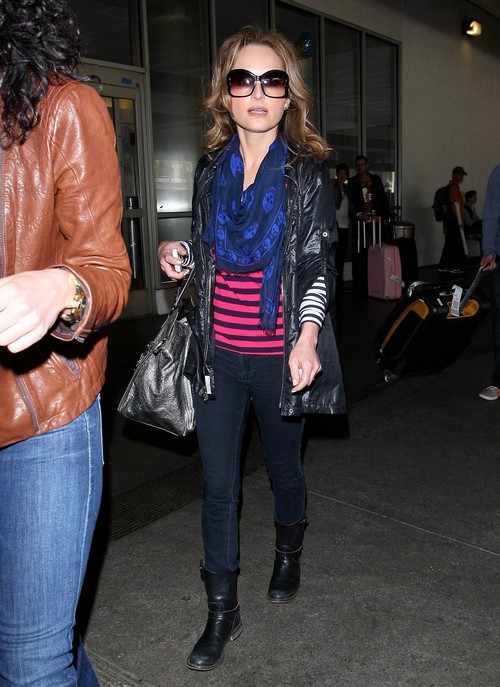 Giada De Laurentiis is cheating on Bobby Flay with John Mayer making a very scandalous love triangle! The celebrity chef has admitted that there is a man in her life – but there are rumors that Giada is fed up with Bobby’s lack of commitment and is now dating both men.

Backtrack to January 2015 when Giada was linked romantically to John AND Bobby while still married to Todd Thompson. De Laurentiis adamantly denied the allegations, but the rumors still won’t go away. “Watch What Happens Live” host Andy Cohen felt the need to grill Giada about her love life just a little bit more during an appearance on the late night show November 5.

Cohen thinks Food Network fans want Giada and Bobby to be more than just friends. After all the “Food Network Star” co-hosts have great on-screen chemistry. But Giada insisted that there is nothing but friendship with Bobby.

When asked if there would ever be more De Laurentiis replied, “I don’t think that’s ever gonna happen. Because I’m smarter than that.” Giada also she would never date a chef, never ever. What did Bobby do to warrant that comment?

Back to John Mayer and the rumors that the cookbook author cheated on hubby Todd Thompson with the singer. Those allegations date back as far as 2009, but Giada insists that there has never any romantic relationship at all with her long-time friend Mayer.

Is Giada De Laurentiis no using good buddy John in order to force Bobby Flay into proposing? Reportedly Giada wants the Emmy-winning chef to put a ring on it and start planning a big wedding.

Flay has been married three times and allegedly each divorce cost the restaurateur even more than the last –third wife Stephanie March got MILLIONS in the couple’s divorce settlement. Wil the renewed romance gossip about Giada De Laurentiis and John Mayer make Bobby Flay rethink the relationship with Giada?