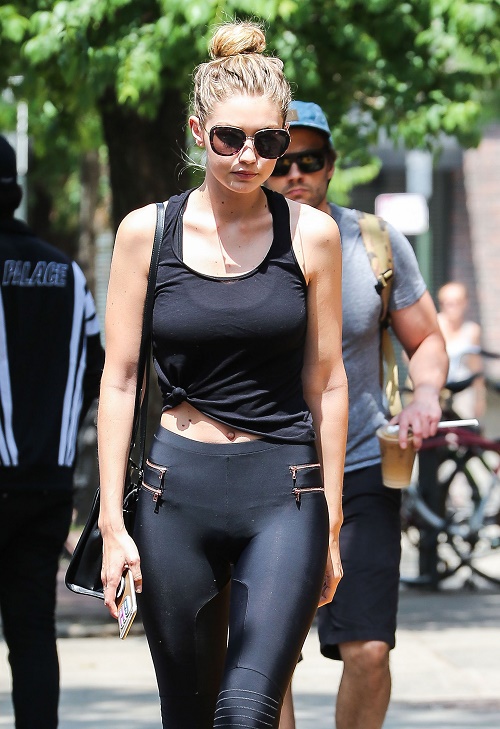 Gigi Hadid and Cody Simpson may have broken up, but don’t expect Gigi to sit at home and wallow in self-pity. She’s allegedly seeing Joe Jonas now. The model and daughter of Real Housewives of Beverly Hills star Yolanda Foster has already moved on and is reportedly hanging out with Joe Jonas again. Gigi and Cody Simpson have broken up and gotten back together more times than we can count – but it looks like this time could be the real deal and Gigi already has a new man in her life. Or is she just trying to make Cody jealous so he will get back together with her?

According to the June 8 edition of Star Magazine, Gigi is determined to make Cody come crawling back to her – by rubbing her new rebound Joe Jonas in his face. An insider dished to Star, “Gigi wants to show Cody what she is missing, and she knows that hooking up with Joe will absolutely get him riled up.” This isn’t the first time that Gigi has went running to Joe Jonas post break-up from Cody, she apparently did the same thing back in September.

There is one problem with Gigi’s plan: in the process, she is breaking Joe Jonas’s heart. The singer apparently has real feelings for Gigi and is tired of being strung along and used by the heartless model. Star’s inside source went on to say, “Everyone tells Joe that he is setting himself up for heartbreak. But he can’t help himself when it comes to her.”

It sounds like Gigi Hadid is playing too many games – if she isn’t careful she could lose both Joe and Cody. Do you think that Gigi’s plan will work and Cody will come running back? Or will he grow tired of her manipulations and move on this time? Let us know what you think in the comments below!