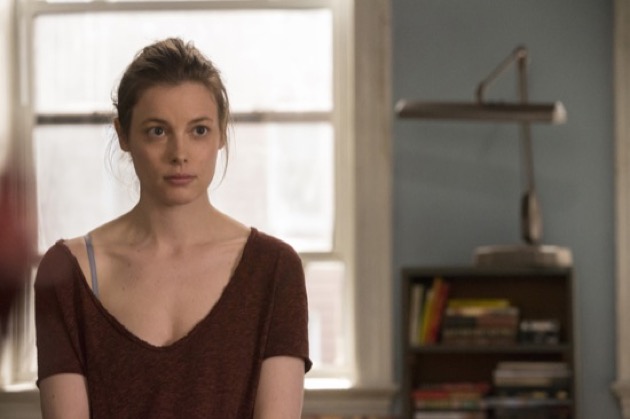 Tonight on HBO their Emmy award winning reality show Girls airs for an all new Sunday February 8, season 4 episode 4 called “Cubbies” and we have your weekly recap below. On tonight’s episode, Shoshanna [Zosia Mamet] spends a day with Ray [Alex Karpovsky] after another disappointing job interview.

On the last episode, with only one class a week, Hannah found herself doing a lot of nothing in her free time, while a visiting Elijah (Andrew Rannells) had become the social butterfly of Iowa. Ray (Alex Karpovsky) gave Marnie a wake-up call about Desi’s true intentions before their meeting with a record label. Shoshanna aces, then blows, a job interview. Adam unwittingly got drawn into Jessa’s chaotic web after an AA meeting. At a poets’ party in Iowa, Hannah ranted about the undue expectations put on women writers, and took things too far in critiquing her classmates. Did you watch the last episode? If you missed it, we have a full and detailed recap right here for you.

On tonight’s episode as per the HBO synopsis, “Shoshanna spends a day with Ray after another disappointing job interview; and Marnie and Desi’s creative and romantic differences may be irreconcilable. Meanwhile, in Iowa, Hannah’s classmates are miffed by a missive she left in their cubbies.”

The real world can be kind of harsh and, sadly, Shoshanna is only now just realizing that. Apparently, she thought she could get a job right out of college with little to no problems. And the reality is that most of the interviewers, at least she’s meeting up with, have already made up their minds when they called her to come in. So she’s in a mood.

And, frankly, so is Marnie after she ran into Shoshanna.

Marnie has just finished up her new song and she was playing it to Jenna when she automatically detected how much her friend hated the song. So she looked to Shoshanna to be the better friend. And, unfortunately, for her Shoshanna decided to be truthful with her. She simply told Marnie her song is the type of song everyone hates in the beginning but slowly starts to love after its been playing on the radio for “like a billion times”. So Marnie wasn’t going to get the reaction she wanted from them.

And Hannah ended up being disappointed, as well, when her apology letter to her classmates was actually met with criticism. It seems Hannah had tried to apologize to her classmates by writing them a letter and leaving it in their cubbies but instead of just accepting it – they told her she had run on sentences and was too defensive.

There was even a point where her letter was going to be the only topic of discussion. Yet, thankfully, it wasn’t and Hannah later had a nice “chat” with her professor.

The professor simply wanted to know if Hannah felt like this sort of academia was a good fit her and Hannah, for a second there, thought she was going to be kicked out. So instead of fighting for her position – she was happy. Secretly, Hannah hates Iowa and her experience there. But luckily she didn’t tell her professor that.

So Hanna was just going to stick out in Iowa.

Then, her father came for a surprise visit and he started talking to her about merely doing things to make herself happy. And that was it for Hannah. After the chat with her dad, all she wanted to do was go back home where she belonged. So she took the next flight out and came home to a mad world.

Marnie had turned into a home wrecker in her absence and completely obliterated Desi’s relationship with his girlfriend. And as for Shoshanna, she talked Ray out of a pretty dark moment and the two of them seem to be the better for it. But that’s not what Hannah had to worry.

You see, when Hannah returned to New York, she found another woman living with Adam in what used to be their apartment. Yet the new girl wasn’t a roommate!