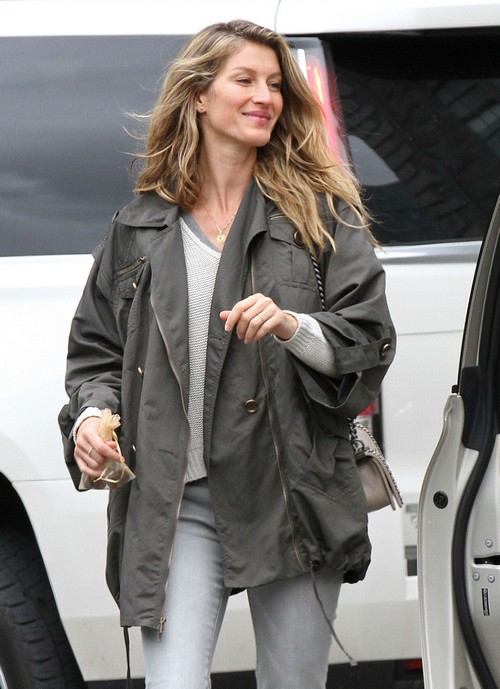 According to scathing report, Gisele Bündchen and Tom Brady’s happy family act isn’t fooling anyone – the marriage is a complete joke and the only thing the Victoria’s Secret model cares about is how things look on the outside. Bündchen and Brady were spotted recently as they toured Shady Hill – a pricey private school in Boston where they want to send their kids in 2016 which means Gisele is staying put – for now.

The Brady and Bündchen marriage may be crumbling with divorce to follow but Gisele demands that Tom put on a happy face in public – she wants everyone to believe their life together is perfect. An alleged insider revealed to Star, “She doesn’t want the world to know the turmoil her marriage is in. Giselle wants other women to be jealous.”

It certainly seems as if the world sees Tom Brady as the perfect husband, father and quarterback – everyone lives Tom – but all is not well is not well on the home front. A source dished that the couple fight all the time and they are in therapy – Tom and Gisele are anything but happy. “[She] is so concerned about public perception, she’s going about business as usual” the source said.

But the world isn’t filled with fools who are buying the BS Gisele Bündchen and Brady are dishing out. First Tom got nailed by the NFL and nearly was suspended for four games. While all that was going on rumors and photos started making the rounds showing that the New England Patriots QB was running around with a bevy of beauties behind his wife’s back.

Tom is trying to do damage control too – we’re pretty sure Bündchen has demanded he publicly praise her and gush about what their wonderful and perfect marriage. In a recent interview at the TAG Heuer Carrera even in New York City Brady couldn’t help himself – “She’s my best friend. We spend as much time as we can together, and you know, it’s a busy life we have and we have three kids.”

For the time being Gisele Bündchen is staying in Boston with Tom Brady and will continue to pretend as if nothing is wrong. What do you think? Are Gisele and Tom going to be able to work it out or should she stop pretending and just file for divorce?