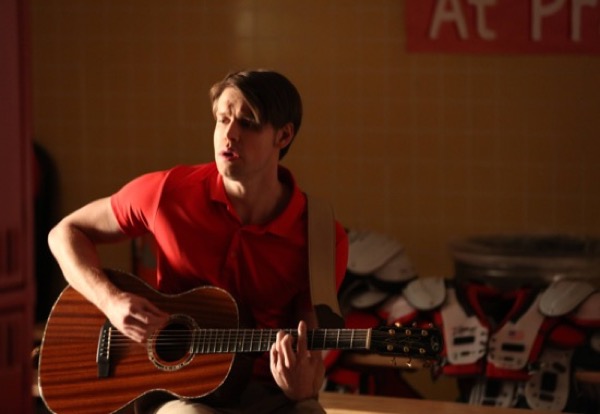 Glee returns to FOX tonight for an exciting all new Friday February 6, season 6 episode 6 called “What the World Needs Now.” and we have your weekly recap below. On tonight’s episode, Brittany [Heather Morris] and Santana [Naya Rivera] deal with a family issue, while Mercedes [Amber Riley] returns to Ohio hoping to convince Rachel to realize her Broadway dreams.

On the last episode, trying to mend relationships that she thought needed mending. Meanwhile, Kitty helped Rachel find the perfect set list to win the invitational and Sam recruited football player Spencer to join the glee club. Did you watch last episode? If you missed it we have you covered, we have a full and detailed recap right here for you.

On tonight’s episode as per say the FOX synopsis, “Brittany and Santana have some family convincing to do. Meanwhile, during a Burt Bacharach tribute week, Mercedes returns to Ohio to convince Rachel to pursue her Broadway dreams.”

On tonight’s all new episode of “Glee”, Rachel isn’t acting like herself. She’s second guessing every decision and she’s even started to give up on her possible return to Broadway. In fact, when Mercedes came back to town in order to mentor the new crop of glee club members, she saw how down Rachel has become and now she’s making it her personal mission to get Rachel back to New York.

This stopover in their hometown is just that – a stopover. People like Rachel need to be on stage and no one knows that more than Mercedes. So she’s already sworn that she’s not going to be leaving town until Rachel, at least considers going back to New York.

And, more importantly, Mercedes has a plan.

First, she wanted to help Rachel regain some of her old confidence. So they talked about Sam. Apparently, Sam and Rachel both ended up agreeing not to date because they weren’t sure how Mercedes was going to feel about it. But even after she told the both of them she was fine with her friends getting together – the young (almost) couple still remained gun-shy around each other.

Rachel wasn’t sure if she was ready to move on from Finn and Sam, who originally thought he was still in love with Mercedes, doesn’t appear to want to push Rachel into things he’s not sure she wants. Though, by time, Sam finally decided to go after Rachel – she was planning on heading back to New York.

It seems that Mercedes finally got to her and she had convinced Rachel to try out for another musical. But, at the very last minute, Rachel needed some help because unbeknownst to everyone she had developed stage fright.

Back when they were students, everyone used to laugh at Rachel. So when she finally made it to Broadway she honestly was hoping no one would ever laugh at her again. Then she created that stupid show and overnight she somehow became a laughing stock. At least, that how she felt the world was treating her.
So, Mercedes had to help her prepare for her audition and she talked Rachel down off a cliff. And in doing that, Rachel started to feel more confident about her voice and herself again.

Rachel later said she felt glad about her audition, but in the meantime she didn’t feel all that reluctant about sticking around the glee for a little while longer. Not only does her team need her but Sam had later caught up with her and they’ve decided to take things slow by first going out to dinner with just the two of them. So things were looking up for Rachel.

Yet, not everyone is going to get the happy ending they were wishing for. For it seems Santana and Brittany are already planning their wedding and unfortunately not everyone in their respective families agrees with their decision. Brittany’s parents were ecstatic for her and that were kind of grateful a wedding took her mind off of her biological father actually being Stephen Hawking. Sadly, though, Santana’s family lies on the other end of that spectrum. Particularly, as her grandmother considers her sexuality to be a sin and she even once told Santana that she was now dead to her when our gleeker came out of the closet.

But, in spite of all that, Santana still wanted to have her grandmother in her life. So Brittany decided to intervene. She met up with the esteemed Abuela (under false pretenses by the way) and the two of them were soon instantly friends.

So much so they had done a Fondue for Two episode in Spanish. However, that friendship imploded when Brittany finally did reveal the truth about herself and her connection to Santana. Because no matter how much she may claim she loves her granddaughter, Abuela was refusing to budge on Santana being a lesbian. In her mind, it was her granddaughter that wasn’t showing her how much she was loved by giving up such “nonsense”.

Hence, ultimately, Brittany told her off and Santana chose to side with her future wife even though she was “disrespecting” the elderly as Abuela accused her of.

If they weren’t going to be accepted by her grandmother then she didn’t need to be part of their lives. And, as it turns out, Santana and Brittany had plenty of family around to help them celebrate. The glee club ended up throwing a “surprise” engagement for them and the girls got what they always wanted – they were happily surrounded by family as they celebrated their love.