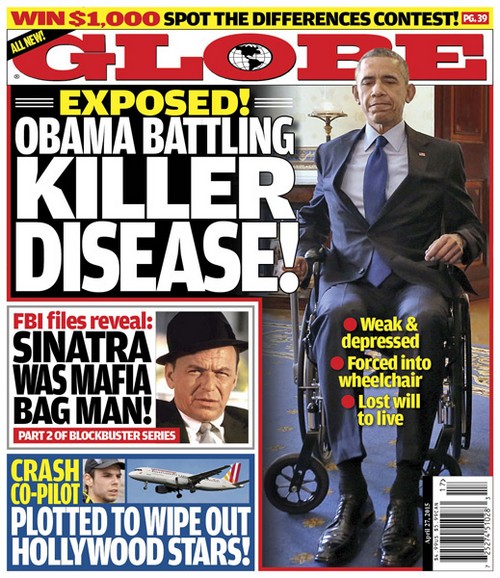 Frank Sinatra, singer, musician, and actor is an iconic part of America’s history – what most fans of the pop culture icon don’t realize is Sinatra’s scandalous past, and even ties to the Mafia. Our friends at GLOBE Magazine are publishing an exclusive series on America’s crooner over the course of the next few weeks, and this week their exciting piece on Sinatra explores his role in the American Mafia.

The April 27th edition of GLOBE Magazine’s cover features a photo of Frank Sinatra with the attention-grabbing headline, “FBI Files Reveal Sinatra Was Mafia Bag Man – Part 2 Of Blockbuster Series.” It’s no secret that Frank was linked to the Mafia, although the singer denied the allegations – FBI files that were leaked several years later proved otherwise.

This isn’t the first time that Sinatra was pegged as a bagman for the Mafia, his fellow singer Jerry Lewis actually disclosed that Sinatra was a courier for the crime organization and was nearly arrested by police while he was delivering a briefcase with over $3 Million in it. Our Friends at GLOBE always get to the bottom of hard-hitting stories, regardless of how deeply they need to dig, so if there is proof that Frank Sinatra was a bagman – you can count on GLOBE to have it. In other gossip news, the April 27th cover of GLOBE Magazine also teases a story on German pilot Andreas Lubitz, and alleges “Crash Co-Pilot Plotted To Wipe Out The Stars.”

So, are you a fan of Frank Sinatra? What do you think about his Mafia connections? Do you believe that the singer and actor was really a bagman for the Mafia before he hit it big? Have you been following Andreas Lubitz’s story? Let us know what you think in the comments below and don’t forget to go pick up a copy of GLOBE as soon as it hits newsstands!