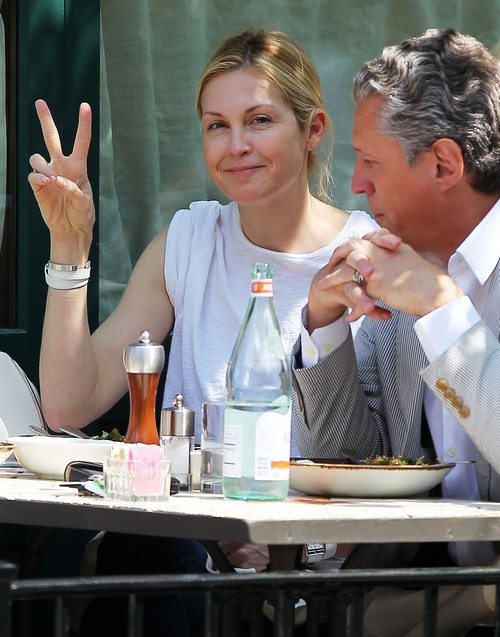 After almost six long years of heartbreak and turmoil for this family, Kelly Rutherford has finally been granted temporary sole custody of her children. The Gossip Girl star has been fighting with her ex-husband, Daniel Giersch, for years and now a California judge granted Rutherford custody of her 8-year-old son Hermes and her 6-year-old daughter Helena. Of course, there is one problem; Rutherford’s children have been living with their father in France and Monaco since 2012 and now it we will have to wait to find out if Monaco will honor the judges ruling. Until then, the ruling will be considered temporary.

As of now, the ruling gives Kelly Rutherford the right to bring her children back to the United States for the rest of the custody battle proceedings. This battle has been a long and public one for the family and Rutherford has not been quiet about the pain that it has caused her.

She recently spoke with Good Morning America and said, “I know it’s not right. Parents know — everyone knows it’s not right. I can sit here and tell you how often I cry. I can tell you how it feels to leave my kids in a foreign country and seeing them after not seeing them for weeks on end. Not being able to bring them from school and pick them up from school, dress them, hug them, smell them.”

This war between the two has been going on since 2010 and in December 2013 it was decided that Giersch was no longer going to be required to pay for Hermes and Helena to visit Rutherford in America.

Rutherford’s celebrity friends like Kris Jenner, Ed Westwick and Matthew Settle have showed their support for Rutherford on social media, and have been by her side during the intense battle.

Kim Kardashian, who has supported Rutherford for a while now, tweeted out after she found out the news and said, “Wow!! Congrats @KellyRutherford. You deserve every bit of this joy!! xoxo.”

The worst thing for a family during a break up is involving the children and the fact that Daniel Giersch has chosen to keep Hermes and Helena away from their mother by taking them to another country shows that he is not willing to come to a compromise and for that, Rutherford deserves to have her kids.

Actress Kelly Rutherford throws up a peace sign while out for lunch at Sant Ambroeus in New York City, New York on May 5, 2015. Kelly recently petitioned President Obama to step in an help her with her custody battle. Courts ruled that Kelly’s two children Hermes and Helena were allowed to go with their father Daniel Giersch to Monaco but Kelly wants them returned to her to live in the United States. FameFlynet