Grey’s Anatomy Recap – Life Support Decision: Season 11 Episode 21 “How to Save a Life” 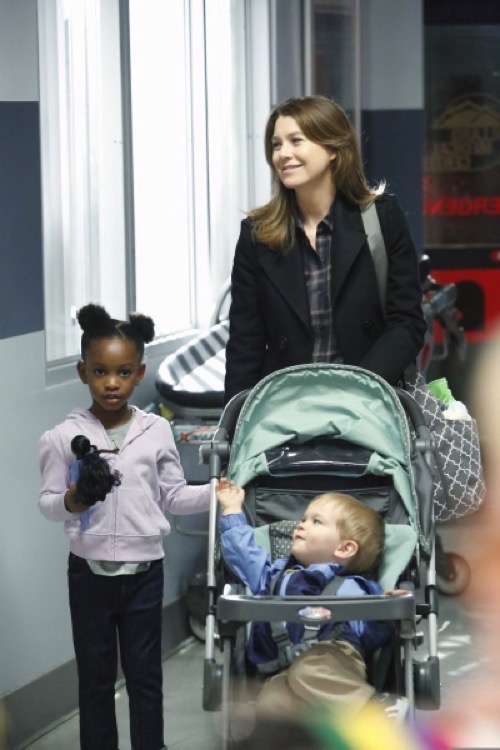 Tonight on ABC Grey’s Anatomy returns with a great all new Thursday April 23, season 11 episode 21 titled “How to Save a Life.” On tonight’s episode, Derek [Patrick Dempsey] sees a ghastly accident and jumps into action to help the wounded.

On the last episode, a small plane crashed in Seattle causing multiple casualties and brought back horrible memories for the doctors, especially Meredith and Arizona. Meanwhile, friction between Owen and Amelia made for an uncomfortable working situation for Stephanie. Did you watch the last episode? If you missed it, we have a full and detailed recap right here for you.

On tonight’s episode as per the ABC synopsis, “Derek witnesses a horrible car accident and springs into action to save lives.”

This episode looks like it is going to be a great episode and you won’t want to miss it, so be sure to tune in for our live coverage of ABC’s “Grey’s Anatomy” Season 11 episode 21 at 9 PM EST!

Tonight’s episode of “Grey’s Anatomy” is about Derek. Several hours ago, Derek was supposed to be heading back to D.C. Yet, for some reason unknown to everyone else besides Derek, he never made it. And so the episode began with the ominous scene of the cops at Meredith’s door.

But before we all jump to conclusions of what that could possible mean, remember that Shonda Rhimes has been known to pull a switcheroo or two. And thankfully, she has at least allowed us to rewind to the point when Derek initially went off the grind to find out why he went missing in the first place. So tonight is the night when we got answers.

And, unfortunately for some, it might not be the answers they wanted!

See, Derek was nearly involved in a car accident. He was driving down the freeway when some jerk in a very expensive car tried to speed round an SUV. And well that caused a very ugly accident that Derek was lucky enough to avoid at the last minute.

Though, the doctor in Derek wanted to help the people on the scene. So the first thing he did was go to the people that were hurt and assess them. He went to Sarah and her daughter who were the ones in the SUV. And then he checked on the two teenagers Alana and Charlie. The latter was driving his dad’s sports car and truthfully he didn’t know how to handle it such a vehicle or its speed.

Also, when Charlie came too he then began experiencing problems with his memory. As in every other minute he kept asking the girl he was with where they were or what happened? So right away Derek knew there was a problem with him. But the car catching on fire ended up sidelining everything else.

Luckily no one was injured by fiery explosion but the others in the accident began to experience their own medical difficulties. Like Sarah who had a problem with her legs and Alana that didn’t know a piece of the wreckage had cut open a gash in her stomach. So it was good thing that the explosion alerted their whereabouts to the emergency services.

However not long after Derek was the hero, he was the victim.

Derek walked away from one accident only to later get involved in another time. And that time he was hit. By truck of all things. So, of course. his vitals didn’t look good coming off of that and sadly the closest hospital wasn’t the Grey Sloan Memorial Hospital.

Instead Derek was stuck at a second rate hospital. Where he was conscious of all that was going around him but was unable to vocalize what had happed or at the very most help towards his own recovery. Which, in all events, could have been what saved his life because apparently the surgeon on his case was on call that night but had decided to leave a patient waiting in limbo while he finished his dinner.

So, no, this story didn’t get a fairytale ending. And thanks to timing and poor judgment, Derek was ruled brain dead.

His organs weren’t even good enough to donate. Thus all Meredith had to worry about was pulling the plug. And though she didn’t want to, the doctor in Meredith made the call like she always does. She took her husband off of life support and now she has to live with that decision.