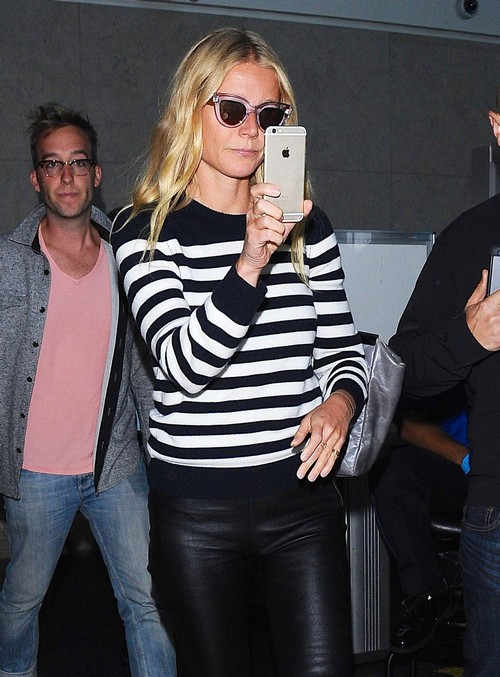 Downton Abbey stars have been counting down the days until the official movie based on the TV show begins filming and Gwyneth Paltrow won’t be part of it. The Downton Abbey movie is still in the early planning stages, but we can confirm that fans will NOT be seeing Gwyneth Paltrow on screen – despite rumors the actress was in line for a part.

The Oscar-winning actress is apparently a huge fan of the British TV show, and has been blowing up producers’ phones and begging for a role. According to a new report, Gwyn was shut down and informed they weren’t interested.

This week’s edition of In Touch Magazine reveals that the producers of the Downton Abbey movie informed Gwyn they would not be casting her – and politely requested that she stop calling them. How embarrassing! An inside source dished to In Touch Magazine, “Gwyneth will not be getting a leading role. The show has created its own stars, and producers are very loyal to them. Big Hollywood names aren’t needed to bring in an audience.”

Co-producer Gareth Neame has already addressed casting rumors for the upcoming movie and stated, “We don’t create parts for stars. We create characters to maintain the story, and then we go cast those parts.”

If Gwyneth Paltrow is this eager to make a comeback, she might want to accept the fact that it won’t be in Downton Abbey – and begin looking in to other projects. Over the years, Gwyn has rubbed a lot of people and fans the wrong way, so finding a lead in a high-profile movie might be easier said than done.

Are you as excited as we are for the Downton Abbey movie? Are you glad that Gwyneth Paltrow won’t be a member of the cast, or were you hoping that the rumors were true? Let us know what you think in the comments below!