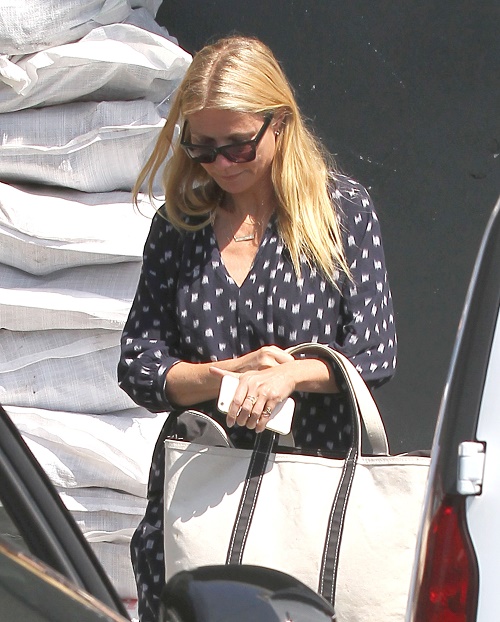 Gwyneth Paltrow, worth a cool $140 Million, has taken her stand. The actress has chosen to live for a whole week on food stamps….Well, not food stamps but the estimated amount of food stamps for a given week of $29.00. This came about because of The Food Bank for New York City Challenge – and her joining in has made some serious waves…but should it?

The short version is that Gwyneth is doing this for hunger awareness. The people that have a problem with it think that it is a bit sarcastic, short sighted and, well, dumb. Let’s look at both sides of the Oscar winner’s issue here.

Gwyneth does have a huge name in the celebrity world and her joining the challenge will bring attention to it. In fact, here we are talking about it right now. Paltrow is committed to the challenge and she even went out and bought her groceries.

The list was made up of tortillas, eggs, rice, beans, peppers, peas, cilantro, limes and veggies. Interesting choices to be sure.

Gwyneth is going to suffer here, people. She is attempting to relate to a section of the population within which she will, almost certainly, never find herself. Which brings us to the reason people seem appalled. (Just check out Twitter)

Gwyneth is so rich that she could literally make a massive difference with a donation. Gwyneth could work at a food bank. Gwyneth could get out there and raise awareness with her presence. Instead, she chooses to dedicate her time to this one small challenge, which some might view as slightly self-important. Why, oh why, would she pretend that eating on $29 for one week would make her aware of anything? The real issue with food stamps and the hunger that follows is not going to be seen or felt eating like this for a week. You can’t be a multi-millionaire and reproduce the situation like that – not with a mere “challenge” and knowing that, next week, you’ll be able to eat like the A-lister you are.

People that starve live in boxes. People that starve eat poorly; it is a cumulative effect. Gwyneth will still be healthy, live in her mansion, and be able to comfort herself in her week-long commitment to hunger. There really is no comparison.

To Gwyneth’s credit, her intentions were likely very good. The real issue here is that Gwyneth is not built for the part. Paltrow is rich.

When the rich “imitate” the poor, it is mocking behavior to the poor. If you want to help, don’t pretend you are like them, Gwyneth. Reach out to them instead. Raise awareness by funding solutions or touting those that do. We have a feeling she’s using this challenge for her own publicity, and publicity of the GOOP brand, just as much as she’s doing it to raise awareness for this campaign.

What are your thoughts surrounding Gwyneth’s underlying motivations? Do you support her, or do you think there are other things this high-profile celeb could be doing to raise awareness besides choosing to eat beans for a week?