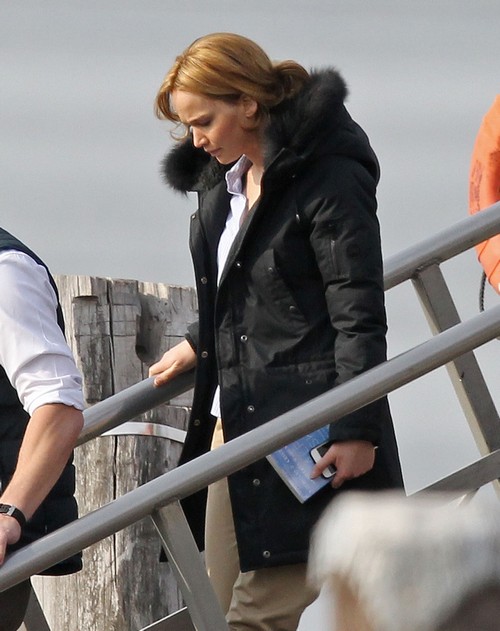 Gwyneth Paltrow loves lording her supposed status over other people, so what better way to do that than to open a private, members-only club? It’s not enough that she has GOOP and that LA already has the Soho House – no, this would be Gwyneth’s exclusive ‘suck it’ club, president and chairman: Gwyneth Paltrow. And… Jennifer Lawrence is definitely NOT welcome.

According to Page Six, Gwyneth has already purchased some prime real estate on Sunset Strip from Larry Flynt, and she’s apparently planning to replace the sex store, Hustler Hollywood, with a high-end night club. Apparently, the club will be titled ‘The Arts Club’ [because of course], and it will be modeled on similar clubs in Aspen and London [again, of course]. There would be a ‘strict dress code’, and the membership fees would include $2000 to join and another $2000 in annual dues. So in other words, it would be exactly like the Soho House, except it would be solely for Gwyneth’s friends and the people she deems cool enough to join her little club. Basically, that means that Jennifer Lawrence is never, ever getting in.

I kid, I kid. Except, not really. You know Gwyneth’s going to watch over that guest list like a hawk, which means that her usual crowd will get in, no questions asked. But while the Soho House focuses on creativity and artistic capability, foregoing strict dress codes in favor of fostering a creative atmosphere, Gwyneth’s ‘Arts Club’ will clearly be the type of upper-crust, uptight place that she revels in. Otherwise known as Not Much Fun.

What do you guys think about Gwyneth Paltrow’s plans to open a private members-only club, especially one so close to the most famous members-only club in LA, the Soho House? Do you think the club will become popular? Or will the LA crowd [cough, Jennifer Lawrence, cough] prefer to stick with the Soho House and their non-strict dress code? Let us know your thoughts in the comments below.