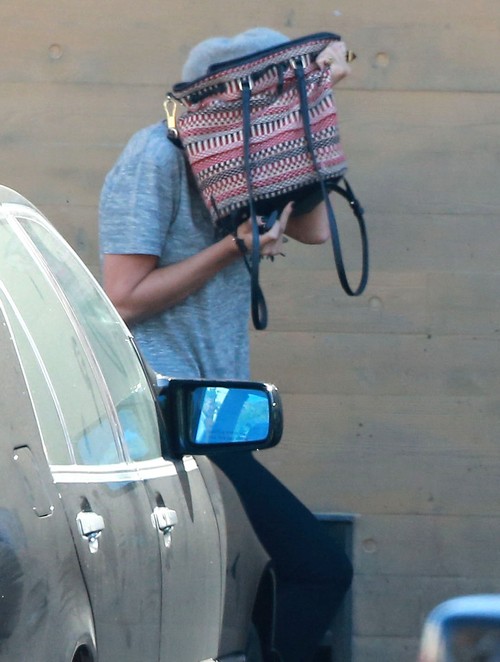 Jennifer Lawrence was spotted at Chris Martin’s house late last week and there are rumors that the couple are dating and back together. Jennifer Lawrence and Chris Martin dated for all of two months before Jennifer dumped his ass, apparently because she couldn’t get used to his ongoing (cheating?) relationship with Gwyneth Paltrow, his ex-wife. Now, Gwyneth and Jennifer are pretty similar in everything except audience popularity. They’re both blonde, they’re both A-list movie stars [albeit with Jennifer ranking much higher], and they’ve both won Oscars – AND they’ve both been in relationships with Chris Martin.

Now, the Jennifer Lawrence/Chris Martin relationship was fundamentally different from the Gwyneth Paltrow/Chris Martin relationship, and not just because of the whole marriage thing. See, Chris and Gwyneth had a long relationship built on commitment and trust and children, and Chris and JLaw had a relationship built on… being attractive? I have to be honest, I never really understood what Jennifer saw in Chris, especially since she could have had anyone she wanted in Hollywood. Maybe it was the whole rocker appeal…?

Alas, Jennifer clearly did get bored of Chris fairly quickly, and she dumped him. Except now, Jennifer was spotted at Chris’ house this week, even AFTER their supposed breakup. Our sources are telling us that there’s a very high chance that Chris and Jennifer are dating again, but other sources are claiming that it’s just a quick post-breakup reunion. She might have left some of her stuff there, and come to collect it. However, it’s very possible that Jennifer Lawrence and Gwyneth Paltrow are now going to have some weird movie-style face-off for Chris Martin’s heart. A few years ago, who would have thought?