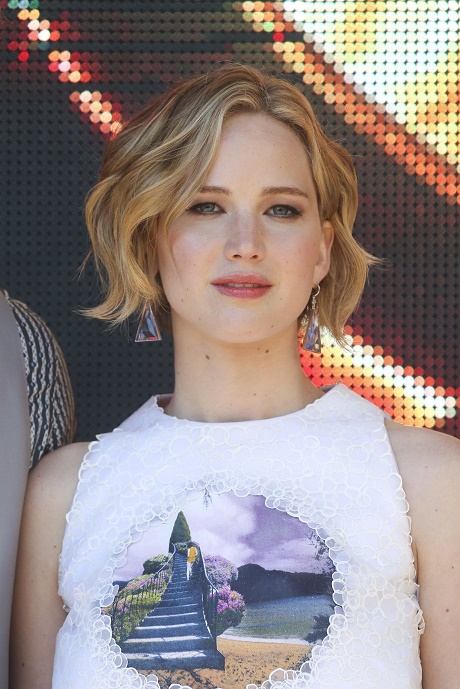 Plus, Jennifer Lawrence doesn’t strike me as the type to come in between a marriage, and all signs pointed to Chris Martin and Gwyneth Paltrow reconciling. I don’t think it’s a coincidence that this breakup announcement came on the heels of that TMZ video – you know, the one showing Chris and Gwyneth acting all affectionate and couple-y? It was probably just a matter of time before Chris and Gwyneth got back together for good, so Jennifer is peacing out of the relationship before she gets dumped for Goop.

Jennifer Lawrence also has a habit of ditching boyfriends before going on major promotional tours or awards campaigns. She and longtime boyfriend Nicholas Hoult broke up right before her first Oscar campaign, and then got back together soon after. And now, right before the promotional tour for The Hunger Games: Mockingjay Part 1, she and Chris martin break up? It’s probably not a coincidence, although I wouldn’t be shocked to find out that Jennifer and Nick are also getting back together.

The whole JLaw/Chris Martin relationship always struck me as being really weird, and I know I’m not the only one who found this coupling strange. Hopefully JLaw finds someone more age appropriate next time, and more importantly, someone who is not embroiled in an on-again/off-again pseudo-romance/reconciliation with his ex-wife.

What do you guys think of the Jennifer Lawrence/Chris Martin break up? Shocked? Unsurprised? Indifferent? Let us know your thoughts in the comments below.