Taylor Swift Has Crush On Chris Martin – Stealing Him From Jennifer Lawrence? 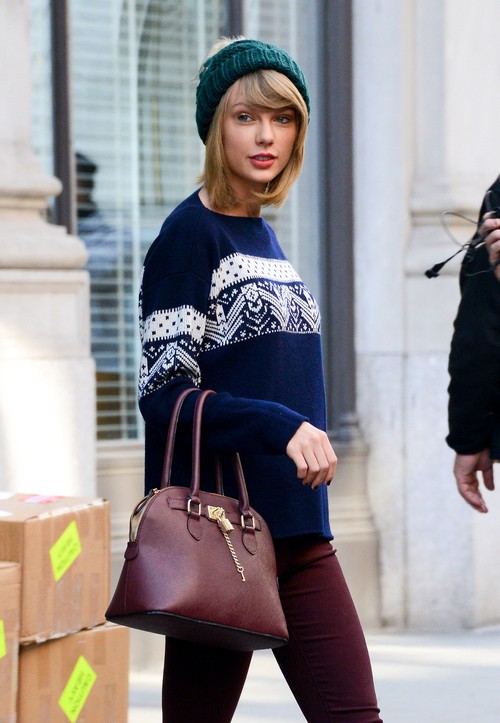 You know, I’m sure Taylor actually does have a crush on Chris Martin. Taylor’s one of those people who has a small crush on EVERYONE, including that weird bald dude from that random indie rock band. And if Chris Martin was unattached, not married, not a dad, and not dating one of her friends, then I’m sure she would go after that. Unfortunately, all of those things are true, and Chris Martin is firmly off limits if she’s going to stick to her ‘friends first’ feminist mantra.

Besides, let’s give Taylor Swift slightly more credit than that. She’s managed to stay single for more than a year to fix her public image, and she’s not going to undo all that hard work for someone like Chris Martin.

Taylor Swift leaves her apartment on November 13, 2014 in New York City, New York. Taylor’s friend Lorde came to her defense yesterday, after she was attacked on Twitter by Diplo, Katy Perry’s boyfriend. It began when Diplo took a crack at Swift, suggesting “Someone should make a kickstarter to get taylor swift a booty.” After seeing the post, Lorde knocked some wind out of his sails with this: “@diplo should we do something about your tiny penis while we’re at it hm.” FameFlynet