‘Hannibal’ Series Finale Recap and Spoilers: Final Episode ‘The Wrath of the Lamb’ 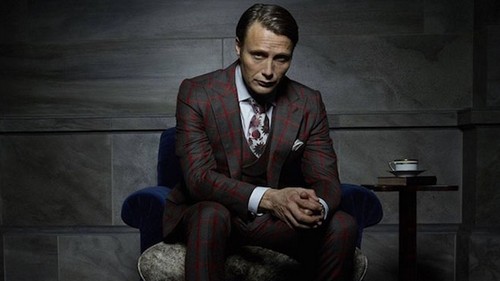 The final episode of “Hannibal” airs tonight, Saturday, August 29 on NBC and we have your recap and spoilers down below. The series finale episode of Hannibal titled, “The Wrath of the Lamb” will leave you speechless and craving for more, according to executive producer, Bryan Fuller. He spoke recently about the show, stating he still hasn’t found a home for the show, but the ending could very well serve as a series finale. Fans of the show didn’t see how in one hour the show will be wrapped up- but he told the media that when you see the ending, you will know that Hannibal (Mads Mikkelsen) and Graham (High Dancy) were meant to be together.

Season three has been full of twist and turns while Graham has hunted for Dr. Lector in France. He wanted to make him pay for killing Abigail (Kacey Rohl) and for barely escape death after Hannibal attacked him. The question that kept coming up was whether Graham was looking for Hannibal to turn into the police, kill himself, or because he missed him. Once Graham found him, he quickly escaped. When it looked like he was going to get away yet again, Hannibal basically turned himself in so Will would know where to find him.

Enter the Red Dragon (Richard Armitage); Will was brought back to FBI work after three years to catch a serial killer. Jack Crawford, (Laurence Fishburne) told Will’s wife, Molly (Nina Arianda), that the bureau needed his talent to catch a killer they called ‘The Tooth Fairy’ or as he called himself, ‘The Red Dragon.’ At the end of the episode last week, they were closing in- and arresting the Tooth Fairy was a real possibility. There’s only one problem- the he had his own agenda and it was to kill Will Graham and his family.

Yesterday, a video clip of the finale episode was leaked. In the video, The Red Dragon battled Will and Hannibal. It was clear in the video that Lector and Graham were fighting to protect each other from the Red Dragon. In the end – after a lengthy battle – the Red Dragon was defeated. It was very hard to pinpoint who killed him – Graham or Lector – as they both attacked him.

In the final scene of the show, Will and Hannibal hugged each other affectionately. Graham placed his head on Lector’s chest while he listened to his heart beat. They gazed into each other’s eyes and dropped over a cliff into the ocean several hundred feet below. The ending scene was beautiful, but left many fans with questions about Graham’s character sexuality. The season finale airs tonight at 9/10 P.M. on NBC.