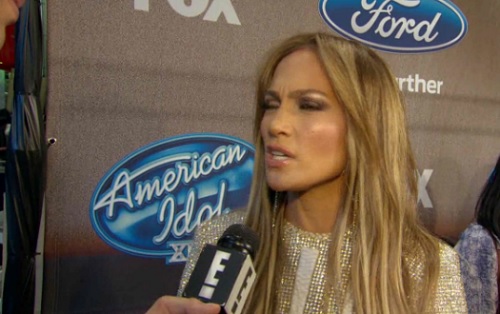 Last night, April 15, we reported that things got a little tense on American Idol. Contestant Quentin Alexander and judge Harry Connick Jr. got into a little tiff on live television regarding a comment that Alexander made. After Quentin’s performance, he voiced his dissatisfaction with Joey Cook and Rayon Owen being in the bottom two, by calling the situation “wack.” He went on to say, “We have two of the best vocalists, my best friend is sitting over there. This whole thing is wack, but I’m going to shut up right now.”

Harry responded by saying, “if it’s that wack, then you can always go home because Idol is paying a lot of money to give you this experience and for you to say that to his hand that is feeding you right now, I think is highly disrespectful.”

Quentin countered by offering an explanation, and stating that he meant the situation was unfair, not that the show itself was “wack.”

After the show, Jennifer Lopez, Keith Urban, Harry Connick Jr., Joey Cook, and Quentin Alexander all spoke with E! News in regards to the situation.

Jennifer Lopez told Jesse Giddings of E! News, “Listen I understand what it is to have emotions, to be emotional, to feel deeply. We all do, but when you’re in show business, it is your job to be in control and always put your best foot forward. Always. It’s called show business. You can go home and complain later…”

Of the subject Keith Urban said, “I totally get it, You know. I didn’t think he was ragging on the show, I think he was just going ‘what a bummer,’ that’s what I interpreted from it.”

Quentin Alexander also spoke with E!, saying that he would not change a thing about last night, and that he felt he said what needed to be said.

Check out the video to see everyone else weigh in on the situation, and let us know what you think. Do you find Quentin’s comments to be disrespectful? It will surely be interesting to see how things pan out next week.