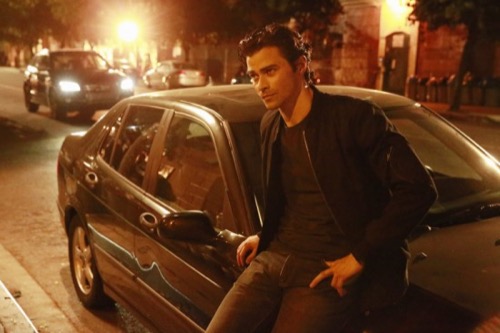 Tonight on ABC How to Get Away with Murder starring Viola Davis continues with an all new Thursday October 22, season 2 episode 5 recap called, “Meet Bonnie” and we have your weekly recap below. On tonight’s episode, Asher (Matt McGorry) has more questions than answers when it comes to working for Annalise. (Viola Davis)

On the last episode, a teen’s body was found in the woods, and Annalise and her team were hired to represent a suspect in the case. Meanwhile, Asher discovered a surprising confession; and Wes uncovered new information about Rebecca’s disappearance. Did you watch the last episode? If you missed it, we have a full and detailed recap right here for you.

On tonight’s episode per the ABC synopsis “Asher has more questions than answers when it comes to working for Annalise. Meanwhile, Frank deals with a matter that hits close to home; and Wes has a dangerous confrontation during his quest to learn more about Rebecca’s disappearance.”

Tonight’s episode is going to be great, which you won’t want to miss. So be sure to tune in for our live coverage of ABC’s How to Get Away with Murder season 2 episode 5 — tonight at 10PM EST! While you wait for our recap, hit the comments and let us know how excited you are about this second season.

Keating is lying on the floor bleeding to death – she runs outside and hops in the car with Asher, she promises him that everything is going to be okay.

Back at Annalise’s house, Bonnie fills Annalise and Frank in on Asher. She thinks her plan will work and Asher won’t testify against them. She tells Frank that she caught Wes and Nate talking last night – she tells him to find out what they know. Downstairs, there is a commotion – Asher just showed up at Annalise’s house and Frank is trying to kick him out. He says that he wants to talk to Annalise alone. Michaela, Wes, Laurel, and Connor are all freaking out – they have no idea what is going on with Asher.

Inside Annalise’s office she tells Asher that Bonnie was telling the truth. She explains that they had no choice but to frame Nate because the jury never would have let Bonnie off the hook, she had no proof that he tried to rape her. Annalise tells Asher he has two choices – he can say nothing, or he can testify and put Annalise and Bonnie behind bars. Asher tells Annalise that he has to think about it and leaves. He heads back to Sinclair’s office and barges in and tells her that he knows who killed Sam Keating. Asher says he will tell everything, as soon as he gets an immunity deal.

Sinclair rushes to her meeting with Annalise and the judge. Sinclair wants to use Helena’s testimony from before she was killed. Annalise argues that it isn’t fair – she can’t cross examine a dead woman. The judge will make her decision later that afternoon. Annalise rushes back to her office and tells the law students that they have to find proof that Helena lied before she goes back to court.

Bonnie visits Asher – he wants to know if Frank helped her carry Tom’s body to the woods. She says that Frank helped, but the other law students had no idea what happened. Bonnie lies and says that they were at the bonfire the entire time. Asher realizes that Bonnie used him, and that night when she had sex with him it was because she needed an alibi. She swears that his feelings for him are real now.

Frank is on to Wes – he pulled his phone records and learned that Wes has been talking to Rebecca’s brother Levi. And, Michaela has been talking to him too. But, he doesn’t think that Michaela has any idea who he really is. Meanwhile, Annalise pays Nate a visit – she tells him about his wife asking her for pills to commit suicide. Annalise says she came clean because she didn’t want there to be any more secrets between them.

Laurel and Connor are having meltdowns – they know something is going on with Asher and they are certain that they are all going to jail. Laurel and Connor have been drinking all day at Annalise’s office instead of helping work on the case. Laurel corners Frank is the basement and convinces him to have sex with her. Meanwhile, Asher heads back to the courthouse and is getting ready to sign his immunity deal – then he realizes that his dad cut a deal for himself too. Asher freaks out, he can’t believe his dad was more worried about himself than his own son – he storms out of the courthouse without signing the deal.

Back at Annalise’s office – Michaela found a video from the police’s dashboard camera of Helena the morning that Caleb and Catherine’s parents were murdered. In the video, Helena screams that Oriental and Mullato half-breeds killed her brother. The police ask her on the video how she knows that they killed their parents, Helena clearly says that she doesn’t know – she was asleep. The judge doesn’t care, she rules against Annalise and allows them to enter Helena’s testimony even though she is dead and the video doesn’t match what she said.

After court, Wes meets up with Levi – they head to the cemetary to talk to Frank’s friend Bruno. Levi demands to know if he hid Rebecca’s body for Frank in the cemetary, and he pulls a gun on him. Wes yells at Levi to put the gun away, then he pleads with Bruno to just tell them the truth. Bruno says that Frank did call him, but he just wanted the keys to his storage locker.

Back at Annalise’s office – Laurel, Connor, and Michaela turn on Bonnie, they threaten her and demand to know what is going on with Asher. Annaise overhears and freaks out on them, she tells them the truth – that Bonnie lied for them and said that she killed Sam to save their asses. After Annalise’s meltdown, Wes tries to steal Frank’s keys – he thinks they may have the key to the storage locker on the ring.

Annalise meets with Nate, he admits that he has been talking to Wes – he says that Wes thinks that she killed Rebecca. Annalise swears she is not a murderer, she tells Nate that Bonnie killed Sam and she had to protect Bonnie because she is like her child. Nate is obviously furious, Annalise cries that she doesn’t want to ever hurt him again – she would rather die.

Outside of the office, Wes and Levi fill Michaela, Connor, and Laurel in on their investigation. Wes tells them that he thinks Rebecca is dead – Levi never heard from her again after she sent him a 911 text. Michaela is furious that Levi didn’t tell her who he really is. While they are all standing there arguing – cop cars arrive. They have a warrant to search Levi’s car and they find two huge bags of meth and arrest him, someone set him up.

Bonnie meets up with Asher, she cries to him that she is a good person and if he testifies he is going to hurt a lot of good people. She tells him that she loves him, and begs him not to testify. Asher tells Bonnie that he loves her, and that is why he has to testify – because secrets will catch up to her one way or another. Bonnie heads outside, she calls Annalise sobbing and tells her that Asher is going to testify.

Annalise heads to Asher’s house to deal with it herself – she puts a flashdrive in to his computer and orders him to sit down and look. She tells Asher to “Meet Bonnie,” it’s an old video of Bonnie when she was 9 or 10 years old, and she is being molested by her own father. Asher breaks down in tears when he sees the video.

Wes, Connor, Michaela, and Laurel head to Bruno’s storage locker and start looking through it. They find a suitcase on the floor – and they think that Rebecca’s body is inside of it. Wes opens up the suitcase, it doesn’t have a body in it, it’s full of cash. Laurel, Connor, and Michaela are furious – they think that Wes made it all up and is just dragging them farther down the rabbit hole.

Tonight’s episode ends with a scene from the beginning of the show – Bonnie and Asher just lef the Hapstall mansion. She pulls over at a gas station and runs in to the bathroom to wash the blood off from her. When she comes outside Asher is gone – he went to the police station.