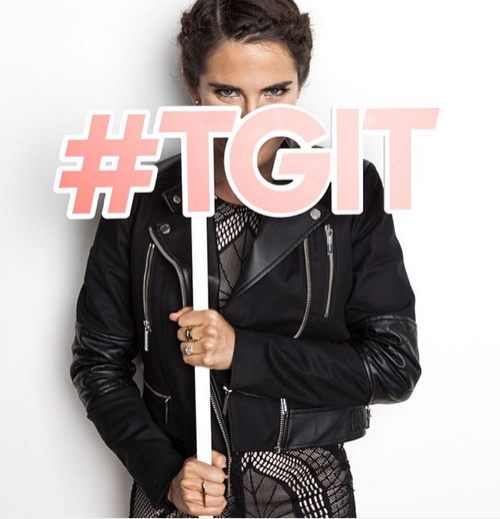 Tonight on ABC their gripping new drama How to Get Away with Murder starring Viola Davis continues with an all new Thursday October 8, season 2 episode 3 recap called, “It’s Called the Octopus” and we have your weekly recap below. On tonight’s episode, a high-end sex club is investigated by the team when Annalise (Viola Davis) takes on a new client.

On the last episode, investigators came up with a shocking new charge against the wealthy siblings Annalise was representing. Meanwhile, Annalise endured a difficult cross-examination at Nate’s preliminary hearing. Did you watch the last episode? If you missed it, we have a full and detailed recap right here for you.

On tonight’s episode per say the ABC synopsis “a high-end sex club is investigated by the team when Annalise takes on a new client. Meanwhile, a new motive surfaces in the case against two wealthy siblings accused of killing their parents; and Wes finds an unexpected ally.”

Tonight’s episode is going to be great, which you won’t want to miss. So be sure to tune in for our live coverage of ABC’s How to Get Away with Murder season 2 episode 3 — tonight at 10PM EST! While you wait for our recap, hit the comments and let us know how excited you are about this new series.

n tonight’s flash-forward, it was revealed that both Annalise and the new prosecutor on the Hapstall case were left for the dead at the actual Hapstall house.

For some reason, Nate had also tried to call Annalise on that same night. He didn’t reach her because she had already been injured by then and so he left a message for her on her voicemail warning her to be safe. Thus it looks like he might have known what Annalise has gotten herself into and that he was out looking for her.

So did he eventually come to forgive her about the way she set him up for a murder? It’s possible but rewinding back a couple of months and it wasn’t Nate that Annalise turned to when she was scared. It was Wes.

Annalise has had some problems with sleeping in a big old house by herself and when she heard noise coming from the basement – she called Wes to come check it. And what he found was a mouse caught in a trap. He then got rid of it for her but it doesn’t appear as if he had been sleeping a lot lately. So that begs the question on what’s troubling him. Annalise had asked him if it was Rebecca and he denied it but he probably wasn’t telling the truth.

And by the next morning, Annalise had forgotten the whole incident. She was fine and only thing was her lecture about why sex is often so important to a case.

Take Annalise’s latest client. Tanya runs a business called Utopia Circle. And, well, the Utopia Circle was designated as a holistic center when in actuality it was where Tanya held several tantric sex parties for her clients. So when that particular piece of information came about her business then all of sudden it made the fact a client died during a bout of rough sex look that much worse.

And to be honest, defending Tanya was going to be a struggle. So that’s where Annalise’s lecture came in handy. She had told her students earlier that as long as they could stop the jury or the prosecutor for the matter from painting the defendant as a sexual deviant then they have a chance at winning the case.

Thus, that’s what she tried to do with Tanya. Annalise sent her kids out to find witnesses that could possible testify in Tanya’s defense. Yet no one wanted it to be known that they attended those parties much less participated.

However one possible witness had begun to flirt with Connor so he used that to get invited to the next underground party.

And Connor showed up to the party. But he wasn’t stupid. He had only just gotten his boyfriend to forgive him and hence he knew he didn’t want to risk his relationship with Oliver by doing something he’d regret. So he took Michaela with him and together they found out a little something about their client.

They found out Tanya had switched with another woman on the night her client her died. Meaning she purposely put herself in this guy’s way and Annalise demanded to know why. Though not they why did she switch.

Annalise had Tanya come to her office and she asked the other woman why did she kill Dominic Ewing. And it turns out it was love. Tanya had fallen in love with Dominic and yet he wouldn’t leave his wife. So she enacted a form of revenge. Knowing that it was going him to have a heart attack.

And as her lawyer, Annalise still defended her to the best of her capabilities. She took the murder that her client had perpetrated and accused the wife of being the wife to cause her husband’s heart attack by not telling Dominic about the side-effects of his Viagra.

Tanya was appalled at what Annalise chose to do but all the same it got her off for murder. The jury was willing to believe a wife could be vindictive but no one wanted to blame sex for killing someone. Though was Tanya grateful? She was! Despite what she said to Annalise.

She later sent Annalise’s people a gift basket full of toys. She said she didn’t want to be the one to ruin sex for them. However in Michaela’s case, she didn’t even know what good sex was. So her friends had teased her about taking some of the toys home. Until she told them that she was going to be meeting up with Levi. Levi being the new man in her life.

But when Wes saw a photo of this Levi, he confronted the man he had seen in Rebecca’s photo. So he found out that Levi was Rebecca’s foster brother and that Levi hadn’t heard from her since the 911 message.

Levi told Wes that Rebecca had talked about him and her lawyer. She had told her brother that if he didn’t hear from her then he should ask Annalise. And, that right then, was when Wes began to doubt Annalise.

Once he was done talking to Levi, Wes went over to Nate’s and the two began to talk about Annalise. And in another flash-forwards it was Nate that eventually found Wes and his friends running from the Hapstall and gave them a ride.

So am I the only one that thinks the Hapstall siblings had something to do with the murder rampage going on?

Their maid told Annalise that the two were together as in romantically and that she thinks their relationship was why they killed their parents. So if the siblings could do that then maybe they were just getting started?