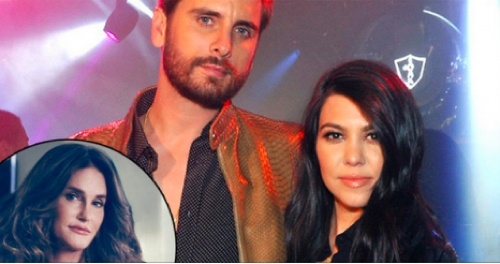 I Am Cait continues tonight an all new Sunday, August 23 season 1 episode 5, called “Take Pride” We’ve got your recap down below! On tonight’s episode, Caitlyn Jenner begins to feel included in the LGBT community after attending a New York City Pride event.

On the last episode, Cait was invited to her first all-girl sleepover by Candis; and she visited a support group for families with trans kids. Also: Kim and Khloé were critical of the comments Cait made about their mother in the Vanity Fair article. Did you watch the last episode? If you missed it, we have a full and detailed recap right here for you.

On tonight’s episode as per the E! synopsis “Caitlyn begins to feel included in the LGBT community after attending a New York City Pride event; at the same time, she struggles to reconnect with her male friends; and receives advice from Scott Disick.”

Caitlyn was nervous on tonight’s episode of “I Am Cait”. For it seems now that she’s out as a transgendered woman her friends want her to decide her future in the LGBT community as soon as possible.

Caitlyn’s very good friend Candis Cayne had invited Caitlyn to join her at the New York Gay Pride and she said Caitlyn would benefit from the experience of being there. Because while Caitlyn is Caitlyn – there are still times when the older woman refers to the LGBT community as them instead of an us. And she is an us whether she admits to it or not.

So Candis wants to help her friend through this second transition buts its clearly very hard to do when Caitlyn is hesitating about what comes next. For Caitlyn, Gay Pride is not just an event or part of a culture. It’s this huge decision that could very well end up being a circus for someone like Caitlyn. And honestly that’s not something she wants.

What she actually wants is to take baby steps. At least until her friends and family from the Bruce days fully come around.

Her children’s feelings need to be considered before she acts and technically she hasn’t even finished coming out to all of her friends from her old days. So those these relationships were just as important to her as Gay Pride was to Candis. And Caitlyn wanted to focus on these things first.

Hence she later invited Scott, her grandkids’ father, over to get his take as one of her guy friends. And like always Scott seemed to be very open about her transition. He said whoever was actually there for her before would be here for her now.

And that gave Caitlyn the confidence to reach out to one of her guy friends that she was hoping to catch up with now that she was Caitlyn.

Sergio is someone that probably guessed at what was going on so Caitlyn felt like it would be easy starting with him. And so she talked to him about her car. Then they met up at Sergio’s shop and thankfully it wasn’t awkward.

Sergio seems to accept her as she is and had expressed to her that the only thing that mattered was her happiness. So as a first meeting like this went – it definitely gave her a confidence boost. And eventually she was talked into going to New York.

New York turned into a girls’ trip and Caitlyn had so much fun. She and her friends went shopping. And in the process, Caitlyn learned a few things about being transgendered.

As we all know Caitlyn isn’t really a typical case. She was a celebrity beforehand and she went ahead with her transitioning with a lot more acceptance than other transpeople would normally get. So she’s coming at this new way of life for herself from a privileged position and the New York trip ended up being educational.

She found out more about the struggles her community faces and what is often inside of the community as well. Such as a major segregation issue. So that helped her understand her friends and that the LGBT community is not perfect. And it won’t always be right.

But with each thing that she learns, it goes toward making a more well-informed opinion in the future.

And as for the trip itself, it was fun for Caitlyn to go and see Candis in action at her show. Candis is sort of an older and glamorous sister to Caitlyn. And she’s often blown away by Candis’s confidence in nearly everything she does.

So Caitlyn is shaping out the woman she wants to be and having a friends, even the ones that push, appears to be good for her.

Bruce was the solitarily one. He spent 95 percent of his time at the gold course mostly avoiding human interaction. But thankfully Caitlyn is seeing what the world has to offer.