I Am Cait Finale Recap: Season 1 Episode 8 “A New Beginning” 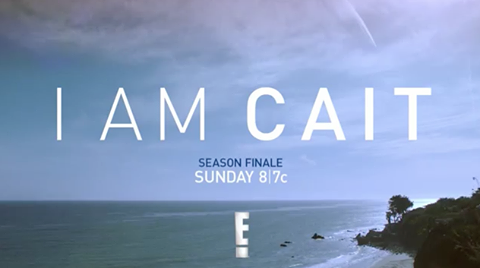 I Am Cait continues tonight an all new Sunday, September 13 season 1 episode 8, called “A New Beginning.” We’ve got your recap down below! On tonight’s episode, Caitlyn Jenner and Kris Jenner finally meet to discuss their grievances in an effort to move forward as a family.

On the last episode, Cait was reluctant to use her new name at her country club—that was, until she discussed the matter with Candis; at the same time, she dealt with anxiety over the 2015 ESPYS and a sit-down with Kris Jenner. Did you watch the last episode? If you missed it, we have a full and detailed recap right here for you.

On tonight’s episode as per the E! synopsis “Cait and Kris Jenner finally meet to discuss their grievances in an effort to move forward as a family; at the same time, Cait plans a spiritual ceremony to claim her new name, which ends up becoming a symbolic celebration for her new friends as well.”

Tonight is going to be a crazy new series that you won’t want to miss, so be sure to tune in for our live coverage of E!’s “I Am Cait” tonight at 9PM EST! Meanwhile, while you wait for our recap hit the comments and let us know how excited you are about I Am Cait!

The first meeting between Caitlyn and Kris was awkward to say the least. There were several things they needed to discuss such as their marriage and their relationship now. If there was even a relationship worth having. Yet the main point of contention seems to be the Vanity Fair article.

And that’s what it all comes back to. The Vanity Fair article was brutal on Caitlyn’s family and so far three people have told them outright that they were hurt by it. But for some reason Caitlyn doesn’t want to acknowledge what she did.

Instead, she attempts to downplay everything. Cait told Kris that she had never said anything bad about her (a total lie) and then to kind of move the argument along she threw in the fact that the article was months ago. Meanwhile Kylie’s graduation was a few days ago.

Caitlyn hadn’t been invited to her youngest daughter’s graduation party and that hurts. So its blatantly clear that Caitlyn didn’t call Kris over to work things out in order to be friends nor she at the very most wanted to apologize for the part she played in the breakdown of their marriage – she called Kris to lament over how others have been treating her. Which is both understandable and completely disregarding of Kris’s feelings. And although the two women finally agreed to disagree in the end that did at least help Kris figure a few things out.

Before, back when Caitlyn was Bruce, Kris just thought that her ex was insensitive because that was guy thing but now she knows that’s actually Caitlyn’s personality.

Caitlyn didn’t want to listen to Kris’s feelings on the article and she refused to see that it wasn’t Kris who was at fault for her not getting invited to Kylie’s party. Someone else would have probably have thought they needed to check in with their daughter. But not Caitlyn.

And that’s ok. Yes, Caitlyn has been doing great things for the transgender community, however, what she does for the LGBT community shouldn’t erase/hide her flaws. And one of the things that Kris had mentioned, in hopes of improving Caitlyn’s relationship with her children, was that some of the kids feel like they’ve been tossed aside while Caitlyn pursues her new life.

Sure, they’re willing to accept Caitlyn but they also are missing Bruce a little bit. Bruce was the one that had made time for them. Yet Caitlyn is the one that is so immersing herself in a new community that she doesn’t seem to care anymore to check in.

Once Caitlyn became Caitlyn, it almost felt like she ditched everyone that either wanted her to slow down in her transitioning or merely wait for them to catch up.

And in the meantime, Caitlyn is bent on enjoying her new life. She’s always with her new friends and they’re usually up to something that will do some good. Such as outreach programs or discussing the many ups and down in their community so that people become aware.

But then there are times like Caitlyn’s official name change. In which Caitlyn chose to throw a party to honor the event and had practically everyone there. A reverend, all her new girlfriends, and even live entertainment.

Though, answer me this, where was her children? Where was Kris who she had allegedly just made peace with? And where were was her mother?

Officially changing your name is a big thing in a transgendered person’s life. However the only ones that appeared to have been invited to the event were a large number of friends that she hadn’t necessarily known a year ago. And Boy George. So is really Kris’s fault that there’s a breakdown in her relationship with her children?

Don’t get us wrong, we’re glad for Caitlyn but this episode proves that there’s still a lot more work that needs to be done in order for her to combine her old life with her new one.