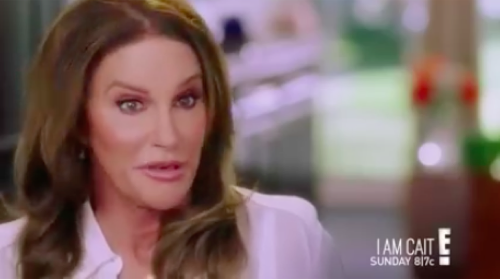 I Am Cait continues tonight an all new Sunday, September 6 season 1 episode 7, called “What’s in a Name?” We’ve got your recap down below! On tonight’s episode, Caitlyn Jenner is reluctant to use her new name at her country club—that is, until she discusses the matter with Candis.

On the last episode, Cait came to realize how hard it can be to date a trans woman after hearing Candis talk about her relationship history, but that doesn’t deter Cait from trying to get Candis to believe in love again. Meanwhile, Jenny Boylan wanted to know who had caught Cait’s eye. Did you watch the last episode? If you missed it, we have a full and detailed recap right here for you.

On tonight’s episode as per the E! synopsis “Cait is reluctant to use her new name at her country club—that is, until she discusses the matter with Candis; at the same time, she deals with anxiety over the 2015 ESPYS and a sit-down with Kris Jenner”

Cait was preparing for the Espy awards on tonight’s episode of “I Am Cait” and as many of us already know that was only the second time she introduced herself on worldwide stage as Cait.

So the awards show was more than just important to her. It was technically speaking her moment. You know the moment she tells all the haters that this is me and I’m happy as I am. However before the woman in question could get to that point there was a still a couple of things that she had to handle.

Like her wardrobe for example. Up to then, Cait had still be experimenting with her style and simply trying things out that she instinctually felt was glamourous. But for the award show she felt like she had to hire someone to ensure that she was in fact decked out to the nines.

And for that she chose to go with Angelina Jolie’s stylist.

Cait loves Angelina Jolie’s style. It’s both classic and understated which Cait loves. So the actress’s very own stylist proved to be the perfect person for Cait to turn to.

But, as it turns out, clothes could only take Cait so far. For she was still struggling with her new identity and was too quick to drop it at someone else’s convenience. Like the conservative golf club that needed a new application from her in order for her to play on a different gold course.

See Cait didn’t even question it when the time came. She was simply going to hand over her application with the name Bruce still on it because she felt that would cause the least problems. And later she tried to justify her actions by saying she didn’t mind going to the gold course with a hoodie covering her until she knew was in the clear.

Yet Cait’s friends had to tell her what such actions could lead to. Because something like that could make a person doubt a transgender or tried to shame one if they feel like they could pressure this person into hiding who they are. And so, as a spokesperson, Cait has to carefully think things over. Especially before she acts.

So rather than continue to deny who she was on paper, Cait looked into a thing called a court order gender change. For many not in the know that’s when things like her social security, birth certificate, and ID would all be changed to match her corrected sex. And afterwards she would be legally known only as a woman.

But after a plan had been put in place for her to go ahead with the court order, everything else seemed to run along smoothly.

Her family are getting better and better at readjusting to Cait’s new life. And a dinner for friends and family was surprisingly a success for all. So by time the Espy’s did come around it turned out to be just fine.

Cait had been surrounded by love and support. And, really, it wasn’t until later that she started to think about Kris again. Kris being the one person in her that hadn’t actually met Cait.

Cait has admitted to trying to reach out to her ex-wife but it’s been hard to even get the other woman on the phone. Kris doesn’t call or accept calls. And most of the time the exes don’t know what the other is doing until they hear about it from the kids or the press.

So Cait first got advice from a transfriend that has been through a similar conversation with her own wife and then she followed that up by inviting Kris over to the new house.

Because that’s another thing that Kris hadn’t seen. Prior to officially ending it, Kris had always been the one to buy and then decorate the homes. And, during their initial separation, Kris was also the one that found Cait the first home she moved into after their split.

However this last house had been chosen entirely by Cait and Cait herself hired an interior decorator to help figure out her personal style. So by inviting Kris over to her house – Cait is hoping Kris will finally meet the woman that just lying underneath the surface.

But the all-important meeting didn’t happen tonight. Cait saw Kris at the door and we were left with a “to be continued…”