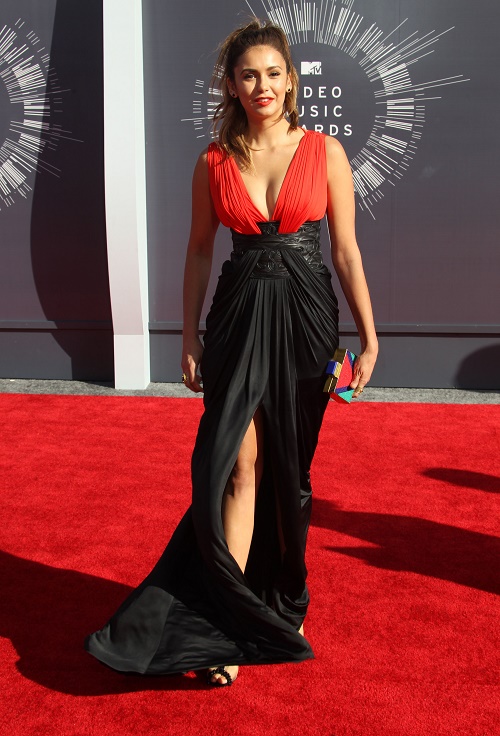 Since Ian Somerhalder and Nikki Reed began their showmance, Nina Dobrev has been painted as the jealous and bitter ex-girlfriend. It appears there may be some truth to the on set tension, off screen feuds, and rumors of Nina’s envious behavior. A new report claims that Somerhalder and Reed’s wedding plans depend on Nikki’s attempt to repair her friendship with Nina.

According to VC Post, Ian Somerhalder and Nikki Reed plan on having an outdoor ceremony, but the other details, including the guest list, hinge on a reconciliation. Nikki allegedly wants to patch up her former close friendship with Nina. Hollywood Life adds that Reed wants to invite Nina over for a dinner, and personally assure Dobrev that she’d “love it if they could all be friends again.”

Ian and Nina managed to keep things friendly after their breakup in 2013. However, Ian and Nikki began dating and became engaged after just six months. Their PDA-filled showmance is taking attention away from Nina, and as CDL reported, Dobrev wants the spotlight back and associates VD’s falling ratings with Somerhalder’s quickie engagement. The jealousy became a problem, and when the ‘Vampire Diaries’ star suggested a few love scenes between her and Ian’s character be added in attempt to save the show, Nikki put a stop to the idea.

Now, as Somerhalder and Reed begin to make serious wedding plans, the couple can’t decide between having a big wedding with all their family and friends, which would mean inviting most of the cast of ‘Vampire Diaries’ and Nina, or having a more intimate ceremony. The smaller scale would give Nikki and Ian an easy excuse not to invite Nina Dobrev to their wedding. Either way, Ian Somerhalder and Nikki Reed’s wedding is happening with or without Nina.

Fans of Dobrev seem to agree on the fact they do not want to see Nina attend the ceremony even if she is invited. Most hope for a Nina Dobrev and Ian Somerhalder reunion, while others just feel it would be too painful for the VD actress to attend, and give Nikki Reed the chance to rub her relationship with Ian in her face.

Unless Ian, Nikki, and Nina manage to repair the friendship, it’s pretty unlikely Nina will be invited to the wedding even if the couple have a large ceremony packed with Vampire Diaries cast and crew. A reconciliation might be the mature option that could even breathe life back in the Vampire Diaries’ falling ratings, but no bride wants to share the spotlight.

What do you think CDL readers? Do you think Ian Somerhalder and Nikki Reed will invite Nina Dobrev to the wedding? Can Nikki and Nina ever be friends again?