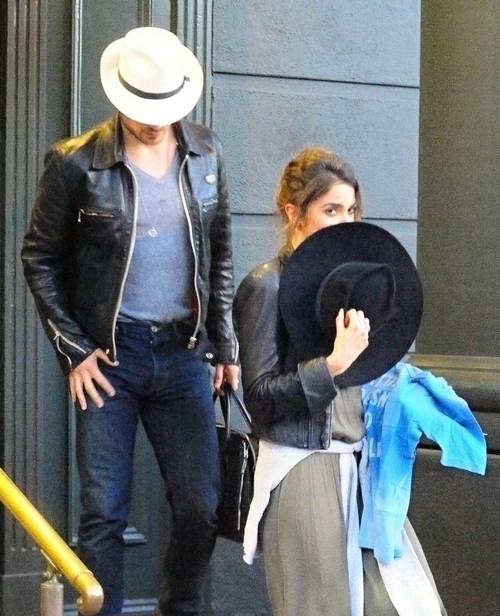 Is the feud between Nina Dobrev and Ian Somerhalder over his obnoxious PDA showmance engagement to Nikki Reed impacting “The Vampire Diaries” ratings and threatening the CW show’s survival? Fans could be picking up on the tension, and TVD is facing falling ratings and a loss of viewership. Could the jealousy, Ian’s engagement, and plans for a Nikki Reed’s pregnancy kill the show?

As we’ve covered on CDL, “The Vampire Diaries” has been renewed for a seventh season, but that doesn’t guarantee TVD is safe. With the ratings steadily plummeting, networks – including the CW – could cancel “The Vampire Diaries,” any time they want… even mid-season.

Season five of the show struggled with dark plot lines and low ratings. Season six picked up, but fans who shared their opinions in the comments on Celeb Dirty Laundry still label it the worst season. The series focuses on vampires, which means exploring the supernatural and the death of favorite “The Vampire Diaries” characters, but it might be the feud between Nina Dobrev and Ian Somerhalder that is turning viewers off rather than plot twists and the death of characters.

Somerhalder’s engagement to Nikki Reed ignited reports that Nina Dobrev is jealous that her ex-boyfriend has moved toward marriage after splitting with her. According to our CDL sources, Dobrev is furious Ian Somerhalder and Nikki Reed were engaged so quickly, flaunt their wedding plans, and fuel speculation Nikki wants to get pregnant right away.

All the hostile feelings and resentment Nina feels are noticeably impacting her work on the show. Forced to be lovers with Ian, despite Nina’s demands for love scenes and contact with her former BF to be minimized, cause “The Vampire Diaries” couple to create even more friction. Those rumors that Nikki is trying to get Ian to quit the show, fearing Nina and Ian will reunite, must make the drama on set impossible to ignore.

Add all the off-screen tension to the fact that her ex-boyfriend’s quick engagement dominates the news and Nina winds up resentful that she is being snubbed. An actor’s success is impacted by PR, and the Somerhalder/Reed engagement is being played up heavily thanks to their PDA showmance while the former media favorite Nina Dobrev is being ignored.

Maybe Nina Dobrev is feeling protective of Ian Somerhalder. Nikki Reed just finalized her divorce, and then gets engaged to Ian less than a year later. While it may seem Dobrev is acting like a jealous brat, perhaps her lingering feelings for Somerhalder are to blame for the feud? It would make Nina’s bitterness over Ian and Nikki’s constant PDA make a little more sense. What do you think?