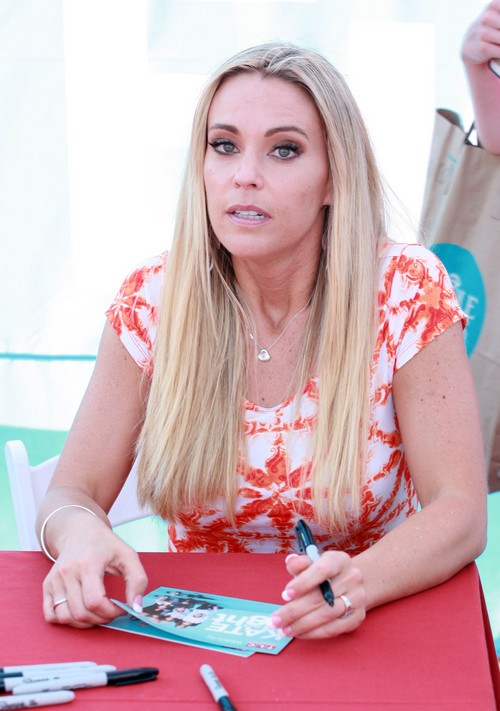 When Kate Gosselin and her billionaire boyfriend Jeff Prescott broke up, no one was exactly shocked by the news. Seriously, you would have to be some kind of crazy to willingly date such a grouchy lady – who has eight kids to boot. Now, a new report is revealing that the reason Kate and Jeff went their separate ways was because Jeff realized the mother of eight was just using him to boost ratings for her family’s reality TV show. Kate Gosselin was exploiting someone for television? You don’t say!

TMZ is reporting that Jeff Prescott reluctantly agreed to star on “Kate Plus 8” as Gosselin’s love interest on the upcoming season. We can already see the cliché storyline, mommy brings home new boyfriend – eight kids’ reactions to new boyfriend, blah blah blah. But, Jeff quickly realized that Kate’s feelings were fake, and she was only dragging him along because she wanted a boyfriend on the TV show.

According to TMZ, “Jeff THOUGHT he was in a real relationship with Kate, but quickly learned she only wanted him to appear on “Kate Plus 8” this season as her love interest. We’re told Jeff agreed to do the show a few months back, but when he realized what was up, he bailed because he felt she was just using him. No shock … they’re not on speaking terms.”

If Kate is going to cast a love interest for her reality TV show, she should probably find someone who doesn’t have millions of dollars sitting in the bank. Jeff Prescott obviously wasn’t going to do the reality TV show for the money. If she wants a fake boyfriend that will stick around to boost ratings, she is better off finding a broke one that needs the money. Are you surprised by Jeff’s accusations? Or does nothing surprise you when it comes to Kate Gosselin exploiting people? Let us know what you think in the comments below!