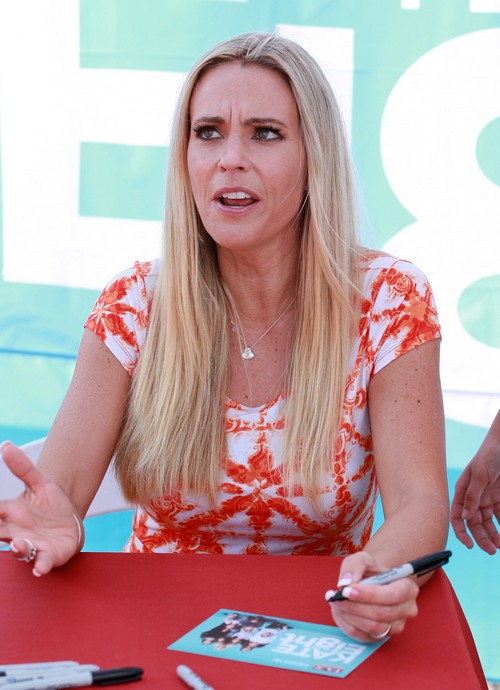 Kate Gosselin found another chance at love – and money – when she began dating billionaire Jeff Prescott earlier this year. Sources say the Dreamtime co-founder and chief operating officer has dumped the reality television star for a much younger woman.

ET Online got the exclusive scoop from an insider who revealed that the problems between Kate and Jeff began over the Labor Day weekend. Two days before Prescott was scheduled to film with Kate for her reality television show “Kate Plus 8” but he backed out – after months of planning. Reportedly Jeff Prescott is very protective of his three children from a previous marriage – and he was advised against filming in order to protect them from the public eye.

But Kate Gosselin reportedly was already having problems with Prescott before the entire Labor Day weekend fiasco. The insider says that Kate had become frustrated with her boyfriend’s lack of attention. The billionaire travels the world on business and it was on one of these trips that Jeff Prescott, 52, met a 26-year-old Belarus beauty.

The mystery woman reportedly speaks five languages fluently and has plans to for her own cosmetic line. Prescott and his new girlfriend have been on two trips together – one to Las Vegas and one to Hawaii. While these trips could simply be for business, it would appear 40-year-old Kate has been left alone again.

The Daily Mail reached out to a representative for Kate Gosselin in order to get a comment – but their calls were not returned. A source close to the mother of eight revealed that she is absolutely devastated that the billionaire slipped through her fingers. This is the first man she has been romantically linked to since her divorce from Jon Gosselin in 2009.

Kate has not released a statement regarding the break-up with Jeff – but what happens next for her? Do you think it’s possible for the single mom of 8 to find love with a man who can accept her as a reality television star – and participate in filming without fear of the public eye? As Kate waits for love to find her, ex-husband Jon Gosselin has moved on with childhood friend Colleen Conrad from his hometown of Wyommissing, Pennsylvania.