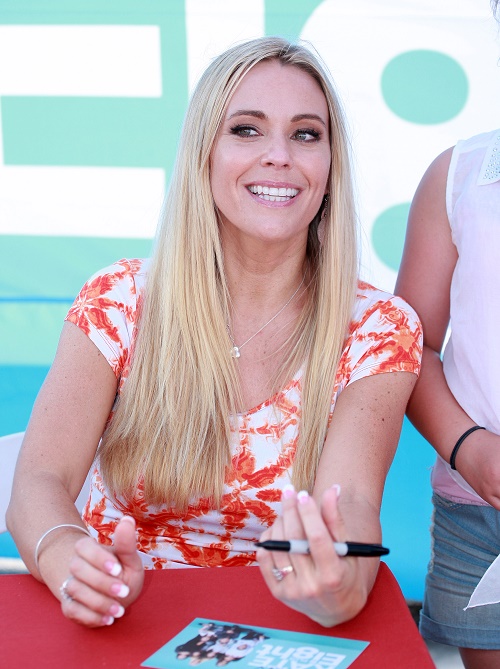 Kate Gosselin’s parenting has always been questionable, and according to her ex Jon Gosselin the “Kate Plus 8” star is an unfit mother. Aside from being accused of physically and mentally abusing her children, Kate can now add choosing a shady step-father for her eight kids. Kate Gosselin is rumored to have recently got engaged to millionaire Jeff Prescott – but according to newly uncovered divorce documents from his first marriage, Jeff Prescott has a dark past and may be dangerous.

The June 15 edition of Star Magazine reveals that Jeff Prescott’s ex-wife actually applied for a restraining order against her former husband back in 2005 because he got “possessive and scary.” Kate Gosselin isn’t worried though. She is blinded by her love for Prescott or her love for his bank account and she believed her boyfriend when he told her that the restraining order was “no big deal.” Obviously, Kate’s ex, Jon Gosselin, feels differently. Star’s insider revealed, “Jon doesn’t want this guy anywhere near his kid. Nobody would be shocked if a new custody battle happens as Kate’s relationship grows more serious.”

In this week’s edition of Star Magazine the tabloid doled out their “Celebrity Mom Report Cards,” to none of our shock Kate Gosselin received a D-. She’s never been a frontrunner for mother of the year, but her twin daughter’s protesting a live interview and refusing to speak on the “Today Show” didn’t help her case any either. Star evaluated Kate’s parenting skills and stated, “Moms who scare their kids shouldn’t dole out advice on motherhood.”

Do you think that Kate Gosselin is even worthy of a D-? Is she putting her kids in danger by dating Jeff Prescott? Does Jon Gosselin have a reason to be upset? Let us know what you think in the comments below!