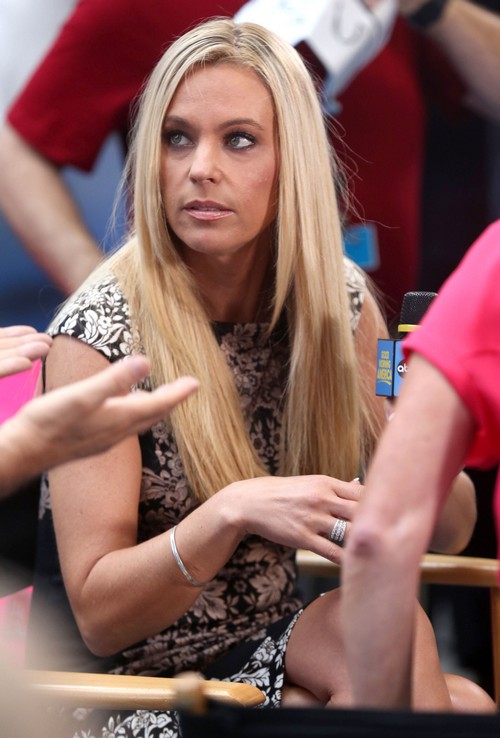 Kate Gosselin’s feud with Jon Gosselin is continuing, with no end in sight. This time, it’s not alcoholism, shotguns, tell-all books, custody support or spousal support that’s causing the problem, but rather a disagreement in some technicalities. More specifically, Kate Gosselin claims that ‘friends’ watched her kids when she was filming Celebrity Apprentice, but Jon Gosselin swears HE watched their kids while she was off doing that. So what’s lying and who’s telling the truth?

Honestly, both of them are so full of it that it’s hard believing one word out of their mouth. But technically, one of them has to be lying, right? The whole thing first came up when Kate Gosselin was a guest on the Wendy Williams show, and when asked about who was watching her kids during her filming stint, Kate replied, “They were with two essential pseudo family members that they’ve known forever. They actually live in Montana now. I brought them out to stay the entire time with my kids.”

But Jon Gosselin told Mario Lopez on Extra something different, adding, “I had the kids while she was filming. For three weeks. It was great.”

In this scenario, I definitely do think that it was Kate Gosselin lying, probably because she hates admitting that Jon Gosselin is involved in anything to do with their children. But unfortunately for her, this is something that’s easily proven and she should have realized that Jon would have jumped at the opportunity to contradict her.

What do you guys think? Is Kate Gosselin’s feud with Jon Gosselin just going to continue until both of them drop from exhaustion? Will both of them keep second-guessing each other with various media outlets until they get tired of the whole charade? Let us know your thoughts in the comments below.