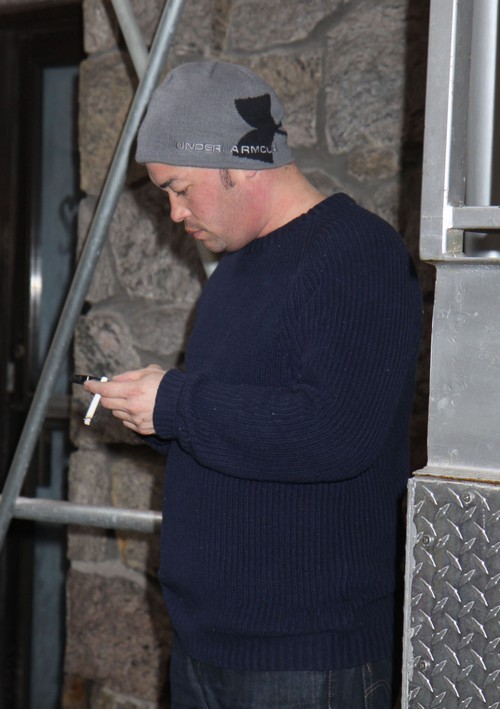 Jon Gosselin has no shame in his game! After an embarrassing stint on VH1’s reality TV show Couple’s Therapy, a break-up, and a public eviction from his dirty apartment, Kate Gosselin’s ex-hubby and father of their eight children is not letting it slow him down and is already on the prowl for a new girlfriend. The reality TV star, who has been “down on his luck” for years now, has been searching the Internet using Tinder for a new lover.

According to the December 15th edition of Star Magazine, “The reality TV dad of eight is obsessed with the dating app Tinder. Jon is constantly on his phone scrolling through Tinder, picking out women to hook up with.” Star Magazine’s inside source reveals, “Having a girlfriend is a top priority for him. He’s like a little child and needs a girlfriend that will wait on him hand and foot.” We’re willing to put money on the fact that he doesn’t disclose that info on his dating profile.

So ladies, if you want to date a washed out reality star that is forever in debt to Kate Gosselin and has eight children to support, oh and is comparable to a “little child,” then hop on Tinder – because we hear Jon Gosselin is single and ready to mingle! Hey, if you get lucky maybe he’ll use your relationship to score another reality TV gig!

On a scale of 1-10, how funny is it that Jon Gosselin is on dating websites trying to find a new girlfriend? If you came across his profile would you ever hook up with him? Let us know what you think in the comments below!