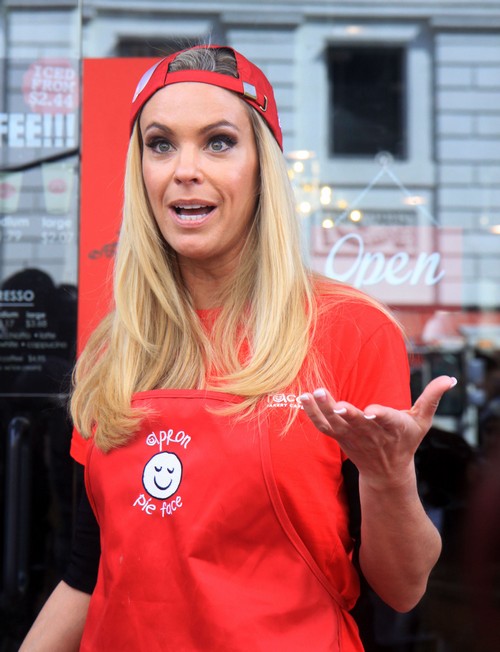 You know what they say about striking while the iron is hot and apparently Robert Hoffman is intending to do just that. Back in 2012 he published a tell-all book on Kate Gosselin that painted her to be a violent monster mom to her 8 kids. The content came from Kate’s old hard drive and her ex, Jon Gosselin was also believed to have a hand in the book’s viscous accusations. Kate took Hoffman to court and originally had the books pulled from shelves but she later dropped her lawsuit, a move she no doubt is regretting right now.

According to Radar Online Hoffman is intending to re-release Kate Gosselin: ‘How She Fooled The World, The Rise and Fall of a Reality TV Queen’ just four days after TLC airs a two part special that catches up with Kate and her kids. In the promo that was released for the show Kate is obviously still the same miserable, resentful disciplinarian that we remember her to be but her bitterness seems to be a bit worse. The timing of Hoffman’s book’s release couldn’t possibly be any better, for him. The promo clip of Kate’s special had the internet buzzing about her and I can only imagine the reaction after two hours inside Kate’s current life. As it is Kate was probably hoping that this special would drum up enough interest for TLC to decide to bring the family back to its prime time lineup. Her own hostility on camera combined with a tell-all that accuses her of abuse among other things will only get her crucified in the court of public opinion- again.

Do you think that Kate will step up and once again file a suit against Hoffman to try and block or at least limit his book’s release? Tell us your thoughts in the comments below!