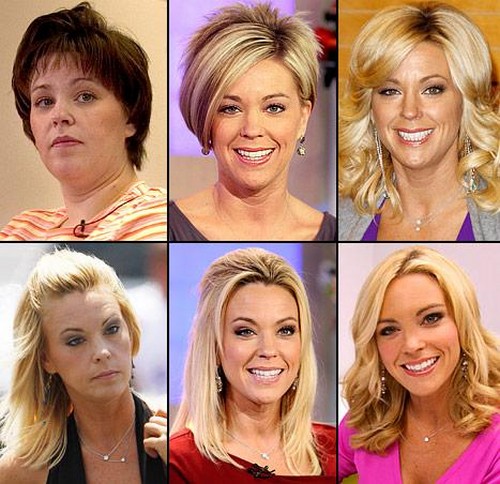 Both Jon Gosselin and the author of Kate Gosselin‘s tell-all book Robert Hoffman are facing lawsuits from Kate, who claims that they hacked into her private files to get the details presented in the book.

To protect himself and his information, Hoffman has deleted all the stories, articles, and entries in his blog that came before the filing – and he’s making sure to be extra careful about what he’s putting on the blog right now. Well, it’s the Internet folks – if he wrote or posted something incriminating, Kate’s lawyers will probably find it, even if he’s deleted it.

Hoffman’s tell-all book on Kate is titled Kate Gosselin: How She Fooled The World, and the lawsuit against him claims that he and Jon conspired to access and hack her computer and bank accounts without her permission. Some people say Kate has a legitimate case them, and others are saying that she’s only filing the lawsuit to prevent the tell-all book from hitting bookshelves.

Anyway, sources and visitors to Hoffman’s blog say that he used to make claims about what a horrible mother she was and what a fraud she continues to be – but now, the only thing there is a video clip from the Three Stooges.

However, although it’s clear that Hoffman is worried and taking all precautions to prevent himself from losing any money, Jon Gosselin is apparently not as worried. A source close to Jon tells Radar, “Jon isn’t worried at all. This is just Kate’s latest attempt to stay relevant in the public eye. Jon doesn’t feel like he did anything wrong and is confident nothing will come of it.”

What do you guys think? Is Kate just doing it for attention, to prevent the book from getting out there, or for some other reason? And do you think Kate will end up winning? Let us know your thoughts in the comments.

Update: Our readers point out that the site Gosselin Book, supposedly owned by Robert Hoffman (according to Radar), is very much alive and still full of fantastic Kate bashing material.