Kate Gosselin Dating Rumors: Getting Back Together With Jon Gosselin For Reality TV Show? 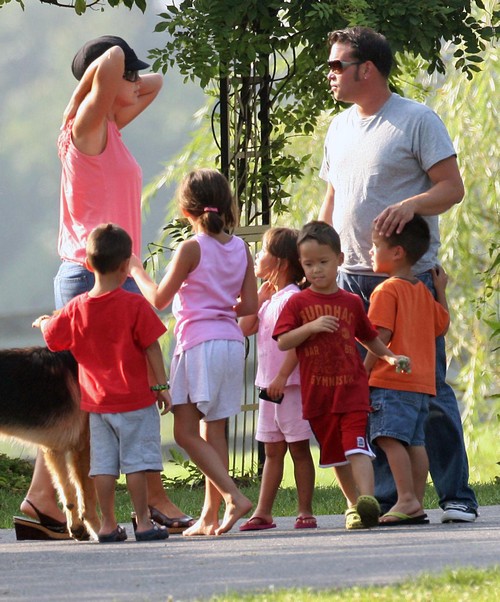 Rumors are that Kate Gosselin and Jon Gosselin are getting back together and reconciling so they can nab another reality TV show. Kate Gosselin and Jon Gosselin have been embroiled in a feud for as long as we’ve known them, even when they were married and appearing on Jon & Kate Plus 8. After the show went off the air, Jon claimed that he was done with Kate, done with reality TV, and done with the famewhoring lifestyle. And we might have believed him, if not for the fact that he spent all his money flying around Europe and attending D-list parties.

But apparently, Jon Gosselin has had a change of heart over the last five years. Jon told Life & Style, “I would consider appearing on Couples Therapy with Kate. We’re divorced, but why can’t we co-parent? I was thinking Kate and I could do a televised sit-down with a doctor and work out our differences, because our kids are suffering.”

Please, forget Couple’s Therapy. Kate Gosselin would never settle for Couple’s Therapy after after that happened between them, and she would much rather have a brand new couple’s show similar to Jon & Kate Plus 8 – would dating Jon be on the table if she could get a new reality TV show?

Of course, Jon Gosselin’s motives in this couldn’t be more transparent. He’s broke, and he’s desperate to make some money. Of course he’s speaking out now, pretending as though he and Kate can actually put years of snark, lawsuits, put-downs, and downright hatred behind them. But if it allows them an opportunity to land their own reality show, Kate Gosselin will jump at the chance. To Kate, money and fame are much greater than everything else. She’ll swallow her pride and work with Jon again, even get back together with her ex-husband, although I doubt a reality show starring them would last very long. Granted, Kate would be willing to work with Jack the Ripper if it meant getting her own reality show, so I’m sure she’ll acquiesce to Jon’s requests for a reconciliation sooner or later.