Should Kate Gosselin Buy a Gun, Fearing a Violent Encounter with Jon Gosselin? 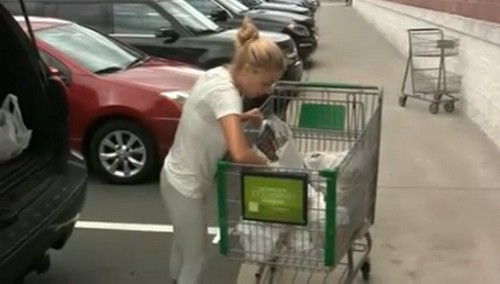 Jon Gosselin has proved himself to be as crazy and unpredictable as his image, and invariably he’s now made Kate Gosselin‘s lawsuit much stronger.

When Kate first sued Jon for millions of dollars for hacking her private details, most experts stated that there was no way Kate was going to win. She had no proof, and she had nothing to back up her claim. But with Jon’s recent behavior, she’s not going to have a hard time convincing the jury to vote against him.

Not only is he broke after years of partying, but he never spent a dime on child support, and he’s now pulled a gun on a passing paparazzi. Could you blame Kate for getting a gun to protect herself and the kids, is she chose to? And I wouldn’t be surprised if she sued him for full custody, and even in that case, who would side with Jon? Sure, there’ll be some gun nuts who claim that Jon had every right to pull the gun on the paparazzi, but I think any sane person would concur that it was craziness. Kate would be nuts to allow her kids to stay with him again, knowing he has a gun and is willing to use it at the slightest provocation, and getting one for self-protection doesn’t seem like a bad idea – especially with the bad blood between the both of them.

Kate’s already taking advantage of the situation and she spoke to Today about the lawsuit, explaining, “It’s in the middle of litigation, so I cannot say a lot about it. I can say that when we started out investigating the source of what was happening, I made the decision back then to push this. It’s a lot of Internet bullying. Actually, I’ve lost a lot of employment opportunities over the rumor mill circulating false stuff.”

Well, you may not agree with her about her employment opportunities, but you can certainly agree that she’s winning in the battle for the better public image.