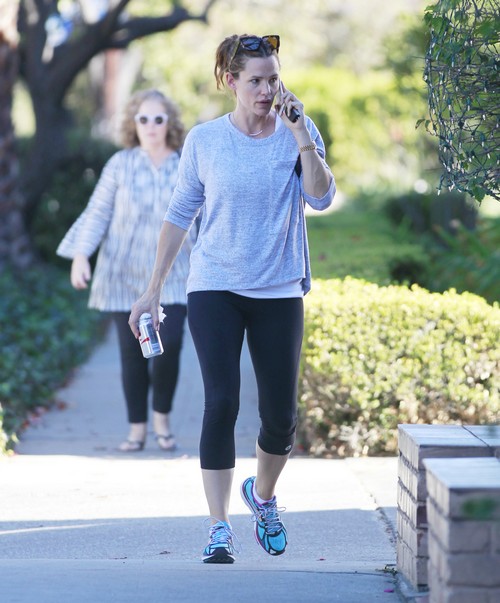 Jennifer Garner could be desperate for a reunion with Ben Affleck. Is Jennifer secretly getting Botox injections in order to look younger? The actress with the girl-next-door looks has adamantly denied using any type of fillers or injections in the past.

Why the speculation over whether or not Jennifer is using Botox? In a recent photo published by Star Jen’s eyebrows have the stiff and stunned appearance of someone who may have recently received a Botox injection. A source says that using any cosmeceutical procedure is out-of-character for Garner and family and friends are concerned that Jennifer is trying too hard to hold on to Ben.

If Jennifer is secretly receiving Botox injections it could be at Ben’s request. Garner and Affleck separated after the actor allegedly had an affair with the couple’s nanny Christine Ouzounian. Did Ben tell Jen to step up her game if she wants him back? An insider reports that Jennifer is more determined than ever to look picture perfect and is going to great lengths to look younger, fitter and healthier.

It’s not just Botox injections Jen is allegedly using to turn back the clock. Reportedly Jennifer has been getting in several heavy duty workouts every week and has been following a very strict diet. Sources say Jennifer is making every attempt to remain young and fit in an attempt to save her marriage. Can Jennifer Garner keep Ben Affleck’s eye from wandering?

All this isn’t just about reuniting with Ben, though. Friends say Jen is definitely interested in a reunion with Ben, but Garner wants a career reboot, too. Reportedly Jennifer decided that some “freshening up” was necessary in order to be cast in more leading roles. While Garner has been cast in many supporting roles, the actress hasn’t been the main character in a movie in nearly a decade.

Is Jennifer Garner using Botox and other fillers to stop the aging process? Will a more youthful-looking wife keep Ben Affleck at home with Jen and the kids?