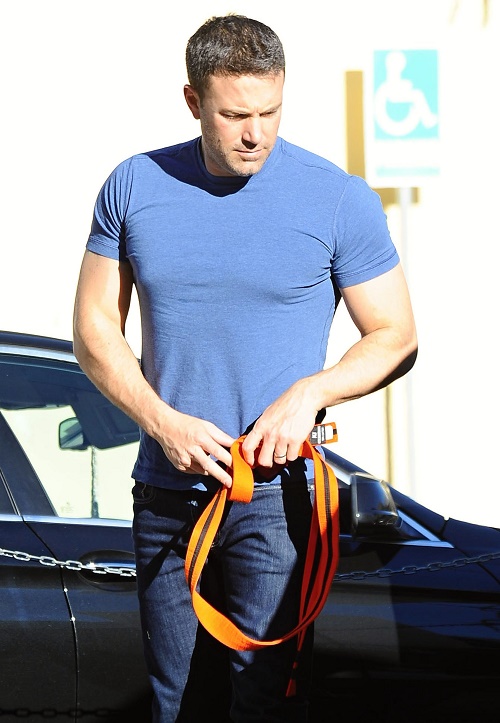 Will Ben Affleck cheat on his wife Jennifer Garner with costar Anna Kendrick? Ben Affleck and Jen have been married for ten years now, but apparently Ben’s wife is not that confident in their union and she has been checking up on her husband on the set of his new movie The Accountant. Rumors have popped up over the years regarding Ben Affleck cheating on Jennifer – so she might as well be better safe than sorry. But, after ten years, if you can’t trust your husband, then it might be time to reevaluate your marriage.

According to the April 13th edition of Star Magazine, “Anna is super nice but very flirty, and Ben loves the attention. Jen has already made it a point to visit Ben on the Georgia set – to size up their chemistry!” An insider on the set of Ben and Anna’s new movie dished to Star, “Jen heard that Anna can be aggressive and is known as a climber in Hollywood. When she jokes around with Ben and puts her hand on his shoulder she knows exactly what she is doing. As pleasant as Jen was to everyone on the set, she had a purpose: she wanted to remind Anna who Ben is married to!”

Anna Kendrick’s career is blowing up right now. She has eight films set to be released in 2015, and is already filming two more movies for 2016. Jennifer Garner has expressed recently in interviews that she misses being a career woman and wants to get back into acting. Is she really that worried about Anna flirting with her hubby, or is she just jealous that Anna Kendrick is one of the hottest women in Hollywood right now and she gave up the glitzy life and red carpets to be a stay-at-home mom? Would Ben ever cheat? Let us know what you think in the comments below!