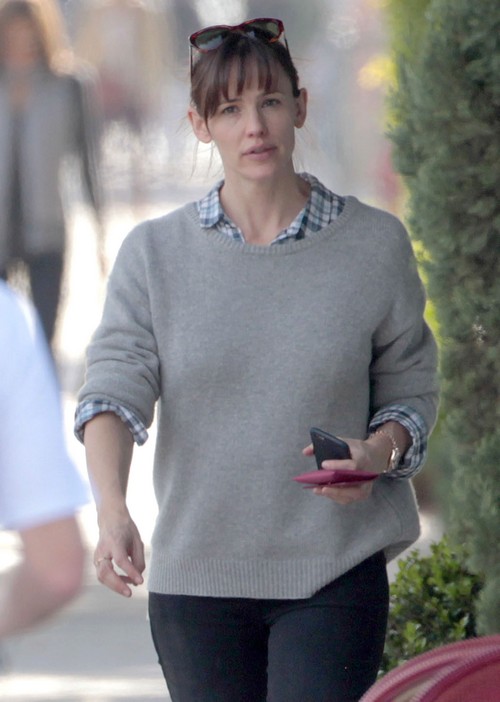 Ben Affleck and Jennifer Garner have been married for a century, by Hollywood standards. Despite most people [and tabloids] predicting that they would get a divorce, they have somehow managed to stay together, despite all the rumored cheating, gambling addictions, time spent apart, and all the other problems that have allegedly plagued their marriage.

However, a new report from the National Enquirer suggests that Jennifer Garner is now starting to get overly critical of Ben’s wandering eye [finally], especially after he supposedly started flirting with his ex, Jennifer Lopez, at an Oscar party.

The Enquirer’s source explains, “Ben’s history of cheating, compulsive gambling and killer work schedule have left the [couple] struggling. “It’s all taking a toll on her. She constantly checks in with Ben when he is gone, but that frustrates him and leads to huge fights. They just seem very disconnected these days. If they can’t re-connect, it could mean a megamillion-dollar divorce.”

Well, Jennifer has been giving a recent slate of interviews claiming that she’s happy, that she’s fully supportive of all of Ben’s career moves, and that she can’t wait to get back out there and work. The simply fact of the matter is that Jennifer Garner will not get divorced from Ben Affleck at this point because she has invested too much time and energy into being Mrs. Ben Affleck. She has become a staple on the red carpet as Ben’s plus 1, she has a steady stream of Hollywood roles coming in, and her place on the A-list is guaranteed. If she divorced him, she might be able to salvage her self-respect, but what about all that time and effort and investment she put into her role as Ben’s wife? Gone down the drain.

What do you guys think? Will Ben Affleck and Jennifer Garner get a divorce, or will Jennifer be too afraid to go through with it? Let us know your thoughts in the comments below.