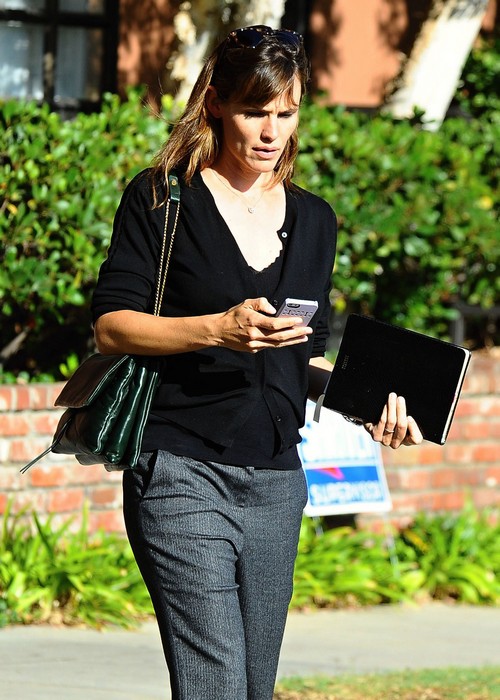 Just like every other couple, Jennifer Garner and Ben Affleck have their ups and downs. But from what the divorce rumor mill has been churning out lately, it seems like Jenifer’s and Ben’s current ups and downs could end up becoming permanent.

Ben’s been having a lot of issues in his personal life recently, partly due to his gambling addiction relapse, his anger management issues cropping up again, and the cheating and affair rumors rearing their heads. Why Jennifer remains married to this man remains a mystery but a divorce would certainly solve lots of her problems.

And then, Jennifer decided to tell In Style Magazine, “You can’t expect to be courted all the time, and I don’t want to court him right now – I don’t have the energy.” Um… ok? Does she not have the ‘energy’ to be courted, or is he just not doing the courting? Sounds like Jennifer is calling Ben a selfish husband in as euphemistic a manner as possible.

On the one hand, yes, he’s very busy. He’s filming Batman, he’s promoting Gone Girl, and he’s prepping his next directorial venture – all the while Jennifer stays at home and takes care of the children. Sure, let’s just go with her not being bitter about that particular fact, just for argument’s sake.

But this couple’s been married for almost a decade, so shouldn’t there be some courtship involved? For goodness sake, make an effort, Batfleck. Jennifer’s comments to In Style just come off as her excusing Ben’s lack of attention to herself and the public, and it’s just so… transparent. There’s no way she’s going to dump him now, not what their new status as bigwigs in Hollywood and Ben’s directing and producing success. But you just get the feeling that she’s always passive aggressively calling him out for being a somewhat-dicky husband.