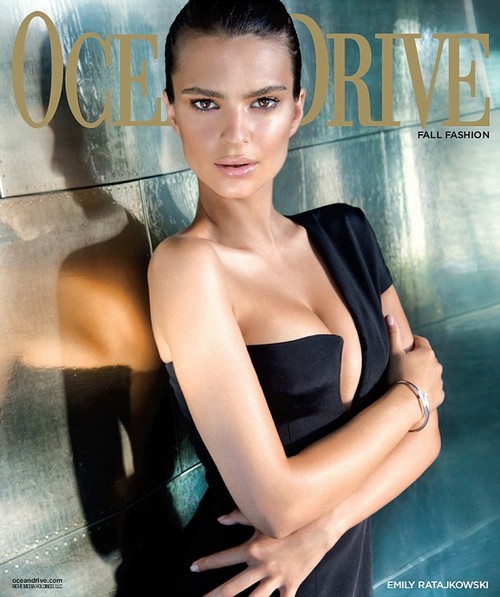 Emily Ratajkowski, the fashion It girl and everyone’s new favorite ingenue, has been racking up her interview credits to promote her upcoming role in Gone Girl. To be honest, her interview with Ocean Drive magazine is actually pretty decent, but what sticks out is the section about Ben Affleck. We already know that Ben more or less suggested Emily for the role, but the way Emily describes it, they knew they were going to cast her before she even auditioned for the movie.

She explained, “I came to the audition in Los Angeles and not only were the casting director and David there but also Ben Affleck, and I realized that they were pretty serious about me…. An hour and a half later [after the audition], my agent called and said that they were offering me the part.”

Interesting. And then Emily discussed the actual filming for Gone Girl, and explained that she and Ben were kept in a ‘bubble’ throughout filming, much the same way that their characters are kept in a bubble due to their affair in the story. Of course, that means that they bonded, right? Uh-huh, Emily isn’t touching that one with a ten-foot pole. When asked about ‘off-screen bonding‘, she reportedly refused to discuss the matter, and at the same time, she also refused to mention anything about her private life.

Is this setting off alarm bells in anyone else’s mind? Ben hand-picked the actress that he would have to play-act numerous sex scenes with, and then he turned up at the audition to… what, make sure that she looked like she did in the video? Maybe I’m assigning lascivious motives where there are none, but somehow, I don’t think their ‘bonding’ was all that innocent. If it was, why would Emily refuse to discuss it? Or perhaps she’s just scared of Jennifer Garner?