Jennifer Garner and Ben Affleck Divorce After Gambling and Drug Problem Gets Out Of Hand? 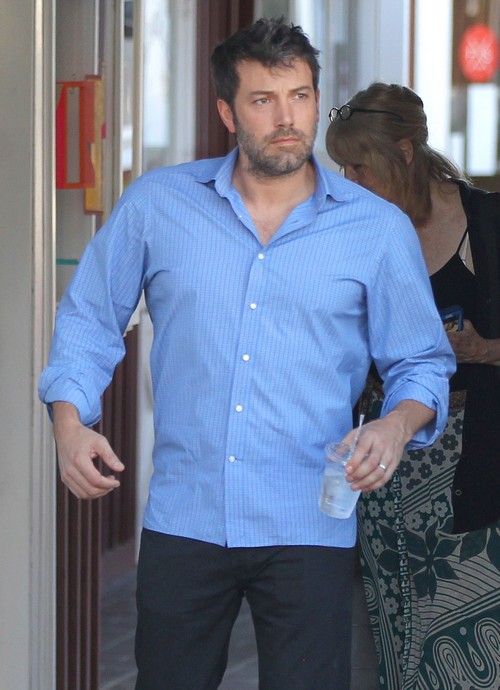 Ben Affleck manages to maintain a squeaky clean image in the media with the help of his team. He’s an Oscar winning producer now, remember? But according to Lainey Gossip‘s Smut Soiree gossip, the image is just a big front for what lies underneath – which is a man who has a lot of bad addictions, including drugs and gambling. Lainey even stated that Ben’s marriage to Jennifer Garner has been in trouble more than once, and we’re guessing that with the resurgence of his gambling problems, it’s probably hanging on by a very thin thread.

We already have drugs and gambling, and we’ve heard enough about the cheating to suspect that it’s not all simple gossip. Blake Lively anyone? And even barring the sketchy circumstances surrounding her casting on The Town, Ben’s always made it a little too obvious that he can’t keep it in his pants. For example, GQ recently revealed in an extensive interview with Emily Ratajkowski [of Blurred Lines fame] that Ben basically hand-picked her for the role in David Fincher‘s Gone Girl, where he’d have to do take after take of sex scenes with her. She’s basically his mistress in the movie, and Ben got to pick her out? Creepy. And Jennifer Garner just has to accept all this, because Ben’s a big shot director now? Please.

Right now, Ben is still playing the game. He’s trying to pass himself off as a perfect husband and father, while keeping his professional career intact. But it’s only going to be a matter of time before all the lying and charades catch up to him, and Jennifer will have no choice but to ditch his ass.