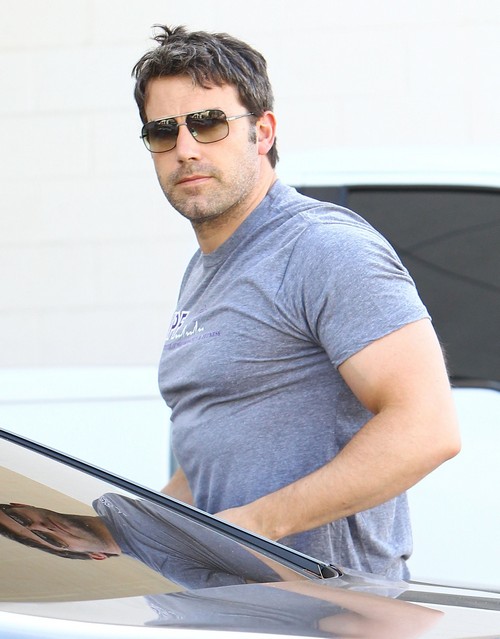 Ben Affleck is not the all-American boy scout that people think he is, despite his best efforts to appear that way. According to Lainey at Laineygossip.com [via her annual Smut Soiree in Canada last week], Ben has a lot of underlying drug issues that are swept under the rug.

Lainey told attendees at the Smut Soiree, “When I was in Hawaii, he was there swimming and there were rumours of him doing all these drugs. Before the press was even done doing the red carpet, Ben was being carried out by not one, but two security guards… like, he had no control of his limbs at all. The next day he had breakfast with the press and showed up looking his best, with his best shirt, best khakis…”

Lainey also references Jennifer Garner, and says that Ben has ‘repeatedly jeopardized his relationship with his wife’. Yeah, a alleged drug addiction, gambling addiction, and cheating with other women will do that to a marriage. Sure, nothing gets proven because Ben’s publicist and team is top-notch and keep this stuff away from the media. But if it’s this blatant at a premiere, can you imagine how bad he could be at home? And he has kids!

The anecdote from Lainey also serves to illuminate other things about Ben. Even if he’s an alcoholic or a druggie or addicted to gambling, he still manages to clean himself up when it’s time to be professional. That much, we can respect. Most actors don’t even care to do that, but Ben’s always put work first, and it’s shown in his directorial efforts. Now, if only he could put that same effort towards his marriage and salvaging what’s left of it.