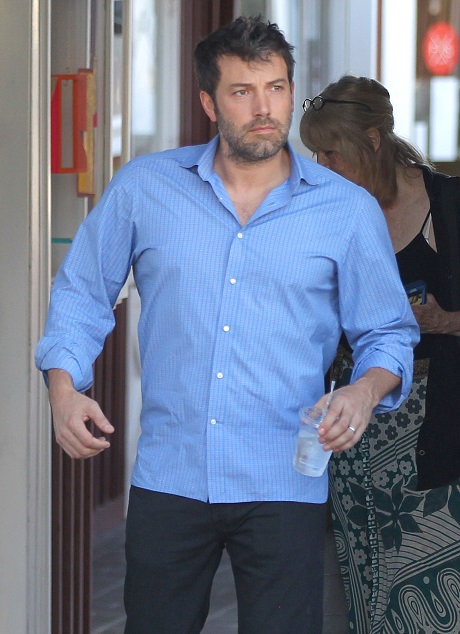 Jennifer Garner has put up with everyone from cheating allegations to career setbacks in order to support her husband, Ben Affleck. The couple’s been married for quite a few years, and their relationship has definitely kept both of them relevant when their careers couldn’t, so I can see why Jennifer would feel a sense of loyalty towards Ben. But, seriously, how much more is she expected to handle?

All these years, she’s kept quiet about the infidelity rumors and allegations of Ben stepping out. She kept quiet when her career had to suffer so that she could stay at home with the kids while Ben worked non-stop and won an Oscar. And now, she has to deal with the resurgence of Ben’s gambling addiction?

According to a new report from Star Magazine, Ben’s completely lost control when it comes to gambling, and he was recently spotted making a beeline for the high roller table in Ontario. An eyewitness who was present at the scene told Star that Ben looked extremely disheveled with crazy hair and bloodshot eyes during the game. Clearly, Ben’s started to spiral off the deep end, and his wife’s reportedly had enough of his crap.

Sources close to the family tell Star that Jennifer had planned a family vacation to Detroit [where Batman Vs. Superman is currently filming] this summer, but she’s cancelled the plans after witnessing Ben’s addictions resurface. The sources explain, “Jen canceled her trip. She just doesn’t want to be Ben’s enabler or babysitter. She was absolutely mortified about the Las Vegas incident, and everything has really gone downhill since then. She’s completely distraught over Ben’s problems. It’s a never-ending roller coaster.”

It’s interesting to note Jennifer’s reaction – cheating and infidelity is A-ok, but gambling? Never! I suppose Ben’s gambling and drinking would also start affecting the children eventually, as opposed to the cheating, which just affected her. Who knew Jennifer was so altruistic? But more often than not, that’s what being married to a high-profile A-list celebrity means.

You bite your tongue and choose your battles wisely, and it’s obvious that Jennifer’s thrown down the gauntlet. Now, it’s Ben’s turn to choose – either he stops his gambling and pulls his shit together, or there’s a possibility of Jennifer leaving and taking the kids with her.