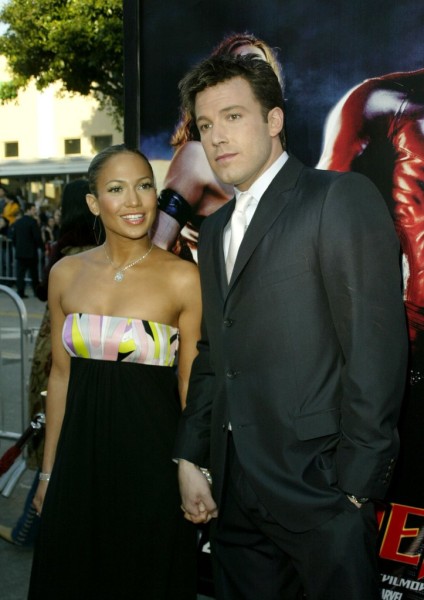 As we’ve said before, Ben Affleck is campaigning for an Oscar and he’s campaigning hard. I doubt anyone’s campaigning harder right now. Maybe Anne Hathaway. But Ben doesn’t have a wedding to show off. He only has a relatively stable Hollywood marriage and three cute kids – oh right, and his old fiance, Jennifer Lopez. Guess which one he’d rather gab about? Poor Ben Affleck. Jennifer Garner’s going to make him finger paint in public with those little girls for the rest of his life!

In all fairness, he isn’t really talking about Lopez, but rather how the press treated him after the relationship was over. He even compares himself to wife murderer Scott Peterson. I’m not sure if that tells us more about his ego or his self-loathing. If I know Ben (and I really don’t) I’d go with the former.

“At the time, I knew on some level, ‘This is insane,'” shares the 40-year-old, who felt like he had become the press’ personal whipping boy. “What was that guy’s name who killed his wife and dumped her off the side of a boat? Peterson. I remember thinking he actually gets slightly better treatment than I do in the press. At least they had to say ‘alleged killer.’ Unfortunately, there’s an aspect of that that’s like one of those fights you see on YouTube where one of them falls down and then a bunch of people who were standing around come over and kick the person,” he continues. “They don’t know them, they have no involvement in the fight, but they recognize a moment that they can get a free shot in, and for some people it’s just too much to resist. And that was definitely me at that point. I was the guy. I was the designated person to loathe.”

How long can you blame the press? Ben Affleck made some really shitty movies in that time period as well. Who remembers Surviving Christmas? Gigli? What the hell was Paycheck? Exactly. Jennifer Lopez wasn’t the problem (although she surely didn’t help). The problem was Ben Affleck’s career sucked at that time… and he started combing his hair back with A LOT of gel and starred in her music video. That’s why he took the hits.

But as far as PR moves, is this a good one? Does he keep bringing up the past to show people how far he’s come? Hey everybody! I had some shit years but that should just make you appreciate Argo that much more! Or is he bringing up the past because he feels he has the clout again to shit on the media? Ben Affleck better be careful. This is a long Oscar race and he’s up against formidable opponents. Pissing off the media this early might not be the best call. So to hedge his bets he keeps getting caught with his adorable children out in public. Attached are Ben and Seraphina (I think) out doing cute things. I know these photo ops are manipulative but I don’t care!

Does it sound like Ben Affleck blames the press for the Jennifer Lopez years? If he coming off as whiny?