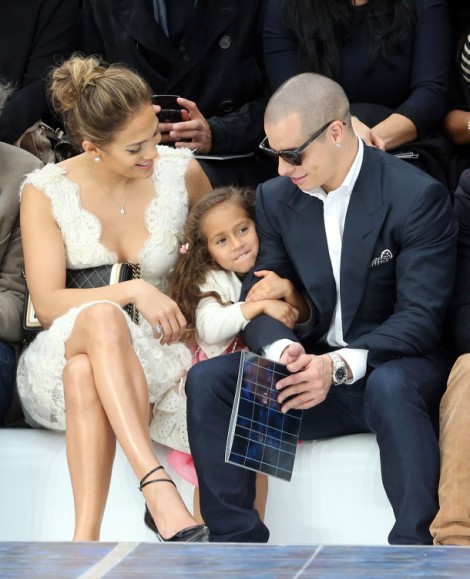 Is Jennifer Lopez pregnant? Word on the street is that she’s having Casper Smart’s baby or at least planning on it. Can we all, atheists and believers alike, send up a quick prayer that this isn’t true? Check that. It’s good for gossip if it is true. Damn my gossip-loving conviction!

“Jennifer Lopez is defying friends and family by forging ahead with plans to marry and have a baby with Casper Smart,” a source told OK! magazine. Jen knows she must seem a bit crazy for falling so hard for Casper. She wants to tie the knot with Casper next summer; her hope is to get pregnant as soon as her tour is over [in December].”

But Mama Guadalupe Lopez isn’t too happy about it. Thank God! But Jennifer’s apparently playing deaf and dumb. “She has nothing against Casper, but I think she’s worried Jen’s making a mistake. She knows Jen is a romantic, and doesn’t want to see her rushing into something,” the source added.

So the engagement rumors are true then? And the 43-year-old wants to start trying to conceive in two months. Homegirl should have started trying yesterday. Something tells me that won’t be easy especially since she had a tough time getting pregnant with her twins. But Casper daddy? Clearly, Jennifer has gone and done lost her damn mind. I get that Casper was a rebound. I get how she might get off on having a young boy toy to make her feel young and desirable. Screw him and move on. Why on earth have a baby with him? Then he’s on the payroll forever. Not everyone is Carlos Leon. Casper will not go quietly after this relationship is over. If there’s a baby, he’ll make his presence known. You can just tell with him and his swaggering d-ck walk.

So is Jennifer stupid or desperate? A fool or a fool in love? Can she be all of the above? Can Jennifer Lopez ever be taken seriously again if she lets Casper Smart knock her up?

What do you think? Is Jennifer Lopez having Casper’s spawn or having a mid-life crisis?